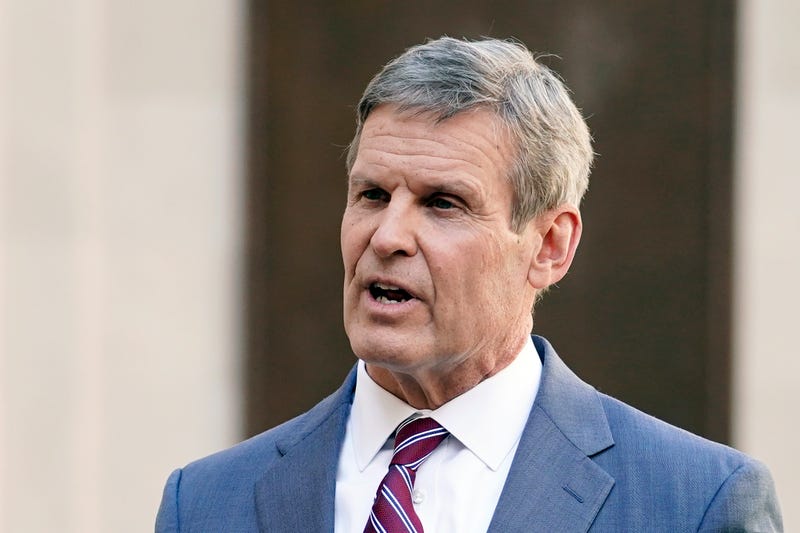 NASHVILLE, Tenn. (AP) — Tennessee has sent nearly half a million dollars to farmers who have vaccinated their cattle against respiratory diseases and other maladies over the past two years.

But Republican Gov. Bill Lee, who grew up on his family's ranch and refers to himself as a cattle farmer in his Twitter profile, has been far less enthusiastic about incentivizing herd immunity among humans.

Even though Tennessee has among the lowest vaccination rates in the country, Lee has refused to follow the lead of other states that have offered enticements for people to get the potentially life-saving COVID-19 vaccine.

Tennessee's Herd Health program began in 2019 under Lee, whose family business, Triple L Ranch, breeds Polled Hereford cattle. The state currently reimburses participating farmers up to $1,500 for vaccinating their herds, handing out $492,561 over the past two fiscal years, according to documents from the Tennessee Agriculture Department.

Lee, who so far has avoided drawing a serious Republican primary challenge in his 2022 reelection bid, has been accused of complacency in the face of the deadly pandemic. Tennessee's vaccination rates for COVID-19 hover at 39% of its total population, versus over 49% nationally for the fully vaccinated. The state's COVID hospitalizations have more than tripled over the past three weeks and infections have increased more than five-fold.

Speaking at the Tennessee Cattlemen's Association annual conference on Friday, Lee said he did not think incentives were very effective, WBIR-TV reported. “I don’t think that’s the role of government," he added. "The role of government is to make it available and then to encourage folks to get a vaccine.”

In an emailed reply to a question about the contrast to incentivizing vaccination for cattle, spokesperson Casey Black wrote, “Tennesseans have every incentive to get the COVID-19 vaccine – it’s free and available in every corner of the state with virtually no wait. While a veterinarian can weigh in on safely raising cattle for consumption, the state will continue to provide human Tennesseans with COVID-19 vaccine information and access.”

After Ohio's Republican Gov. Mike DeWine announced the state's Vax-a-Million lottery on May 12, with prizes that included $1 million and full college scholarships, many other states around the country followed suit with their own incentives. They include custom outfitted trucks in West Virginia, annual passes to the state parks in New Jersey, and gift certificates for hunting and fishing licenses in Arkansas. Last week, President Joe Biden joined the call for incentives, encouraging state and local governments to use federal funds to pay people $100 to vaccinate.

But Lee has avoided employing any of those tactics and has maintained throughout the pandemic that the decision to vaccinate against COVID-19 is a personal choice.

“We want to encourage Tennesseans to talk to their doctor,