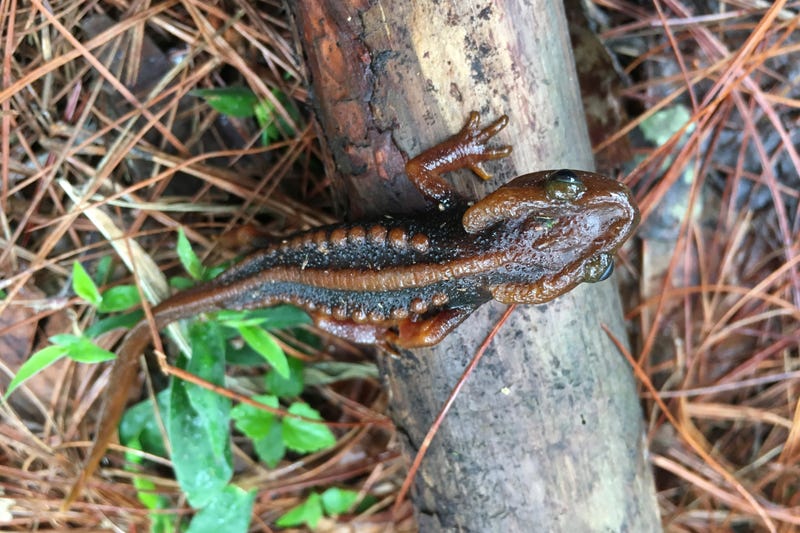 BANGKOK (AP) — A monkey with ghostly white circles around its eyes is among 224 new species listed in the World Wildlife Fund’s latest update on the greater Mekong region.

The conservation group’s report, released Wednesday, highlights the need to protect the rich biodiversity and habitats in the region, which includes Vietnam, Cambodia, Laos, Thailand and Myanmar.

The species listed were found in 2020 but last year’s report was delayed. The monkey is called the Popa langur, for it lives on the steep hillsides of the extinct Mt. Popa volcano in Myanmar. It was the only new mammal. There are also dozens of newly identified reptiles, frogs and newts, fish and 155 plant species, including the only known succulent bamboo species, found in Laos.

The Mekong region is a biodiversity hotspot and home to tigers, Asian elephants, saola — an extremely rare animal also called the Asian unicorn or spindlehorn — and thousands of other species.

Including this latest list, scientists have identified more than 3,000 new species in the region since 1997, the WWF said.

Scientists used measurements and samples from museum collections to compare and identify key differences with features of the newly discovered animals and plants, the report said.

Studying such differences can help determine the range of species and threats to their survival, Thomas Ziegler, a curator at the University of Cologne's Institute of Zoology, said in introducing the report.

Identifying new species is tricky, though, and sometimes can only be determined using a variety of methods, such as frog calls and genetic data used to distinguish the Cardamom leaf little frog, found high up in the Cardamom mountains in a wildlife refuge.

Some species are found in more than one country, including the bright orange twin slug snake, which consumes slugs.

The Popa langur was identified based on genetic matching of recently gathered bones with specimens from Britain's Natural History Museum collected more than a century ago, the report said. Two main distinguishing characteristics were the broad white rings around its eyes and its front-pointing whiskers.

The monkey is a candidate to be listed as a critically endangered species on the Red List of the International Union for the Conservation of Nature, the report said, since only 200-250 are thought to survive in the wild, in a handful of places.

Underscoring the urgency of such work, more than 38,000 of the 138,000 species the IUCN tracks are threatened with extinction.

A new type of begonia with reddish flowers and a berry-like fruit also was found in the uplands of Myanmar, where illegal mining and logging have become an increasingly dire threat in the country, which is in the midst of political turmoil following a military takeover a year ago.

Despite human encroachments on tropical forests and other wild zones, much of the Greater Mekong is still little explored and each year dozens of new species are found — a glimmer of hope as so many species go extinct.

Not all new species are found deep in jungles. One of the new plant species is a ginger plant called “stink bug" for its pungent odor similar to big beetles Thais use to make a kind of chili dipping paste served with rice, the report said.

It was found in northeastern Thailand, in a plant shop.