Buffalo, N.Y. (WGR 550) – The Buffalo Sabres opened training camp on Thursday with general manager Kevyn Adams speaking on a variety of topics, including his multi-year contract extension signed on Wednesday. 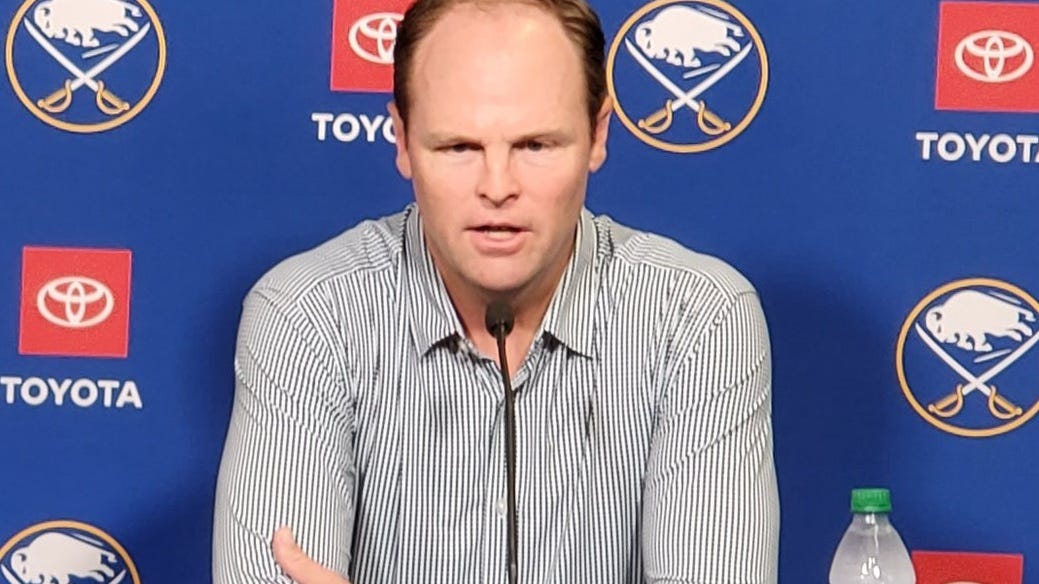 After two seasons, Kevyn Adams gets contract extension from Sabres

Adams is going into his third season as the general manager in Buffalo, and he grateful for the opportunity presented to him.

“It’s an amazing feeling for me and my family, and I’m very thankful and appreciative of the opportunity that I have every day," said Adams during his press conference on Thursday.

“I’m also very appreciative of the Pegulas for believing in me, and for putting me in this opportunity.”

Last year, it took 100 points to make the playoffs in the Eastern Conference. Buffalo had 75 points at season's end, but Adams says he’s not going to put a point total on what a successful season would be.

“At the end of last season, I started to feel like our players went into games believing that we were going to win," he said. "I’m excited to see if our guys can go into these games thinking that we can beat these teams, and we’re going to beat this team tonight and here’s why. So how does that translate into the standings? We’ll let it shake out.”

The team went without one captain last season, as Kyle Okposo and Zemgus Girgensons split the duties as the alternate captains. Adams says they will have a captain this year that will be announced before the regular season.

Tage Thompson was the first one of the team’s young players to be rewarded with a big contract this offseason. It was back on Aug. 30 when the 24-year-old was rewarded with a seven-year contract worth $50 million. 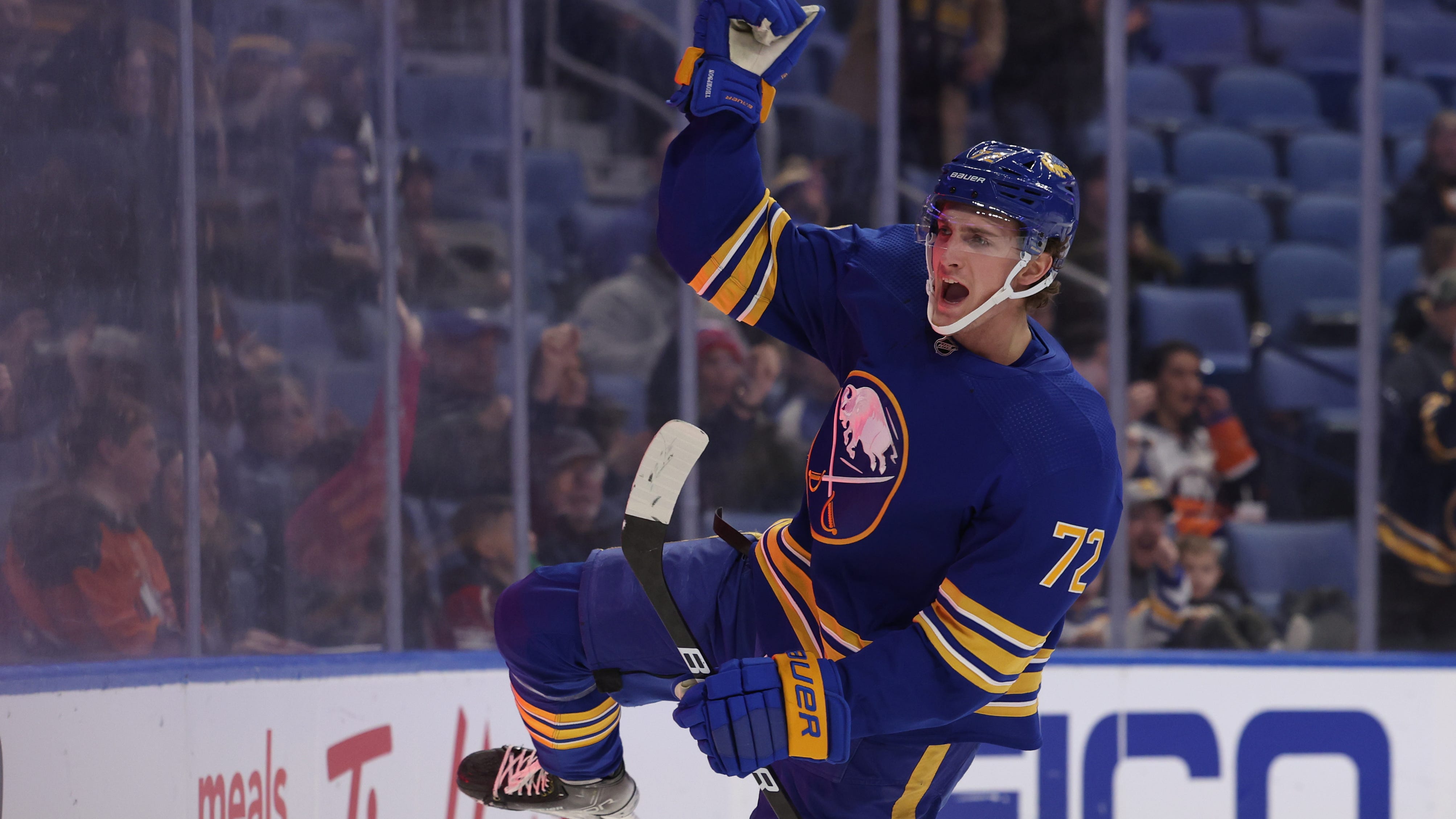 Adams says a lot went into that decision to give Thompson a long-term deal.

“We felt it was the right decision to get Tage long-term, and we also know we’re going to have plenty more of those," Adams admitted. "We also looked at the intangibles, like what are they like from a character standpoint? What are they like off the ice? Are they loved by their teammates? What are they like in the community? So you look at all the intangibles, and then you look at what you can quantify from a numbers standpoint. Then you’re projecting out, can this player continue to grow and get better? That’s Tage Thompson to a tee.”

Many fans questioned this contract because before scoring 38 goals last season, Thompson’s career high had been eight goals.

“I’ve been asked quite a bit about it," Adams said. "He’s had one year of high-end production, but I look at it differently, where I love that he went through a lot of adversity to get to where he is. He had a lot of challenges, and none of it kept him down.”

In March, Adams came on the air with Brian Koziol and myself, and said he was going to do a deep dive into all the injuries they had to see if they can be prevented. Adams confirmed on Thursday that process has been completed.

“We sat down and looked at our injuries last year. What were they? Why and how, and is it a soft tissue? Is it overuse? So you have to understand why," Adams explained.

“I talked to our doctors a lot about what they’re seeing, what was happening, what was their take on it. Then I had individual meetings with everyone in the sports performance department, because I wanted to understand what was going to be our process in how we’re going to get our players back and healthy. What we’ve worked on is being process-oriented on that, communicating better with the flow of information from doctor-to-player-to-sports performance-to-coaching staff-to-me, having everybody part of that process.”

Adams adds that there was one last part of the puzzle.

“About two weeks ago, we got everybody in the room to tighten up our process and protocols, with ultimately the doctors signing off at the end for return to play.”

After what Jack Quinn and JJ Peterka were able to do with the Rochester Americans last year, many feel they’ll do great things with the Sabres this year.

“What they did last year was pretty extraordinary at their age in the American Hockey League," Adams said of his top-two picks in the 2020 NHL Draft. "They’ve put themselves in a good position to show they’re ready for the next step, but they’re going to have to go earn it. We’ll watch them in training camp closely, but we don’t want them to try to be something they’re not. But they’re both driven to be great.”

Adams talked about goalie Ukko-Pekka Luukkonen and playing in Rochester. He, of course, still very much believes in him.

“It’s less about where he gets his minutes. It’s more about him getting his minutes,” Adams said.

The team opened camp with two different groups, and will practice the same way on Friday. There’s no point in me giving you the lines right now, because head coach Don Granato says he’s putting rookies with veterans and won’t start forming lines until around October.