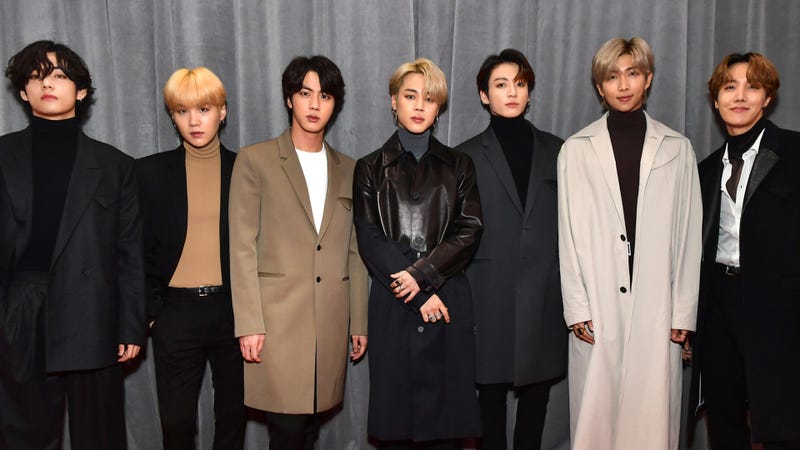 The season of giving has officially arrived, as Disney+ announced they’d be delivering not one, but two BTS documentaries next year.

While in the midst of the group's solo endeavors and upcoming hiatus, Disney+ will bring a bounty of BTS material to hold the ARMY over, that promises to feature plenty of unseen footage from throughout their rise to global stardom.

BTS Monuments: Beyond The Star is described as a music docuseries charting the monumental success of the K-pop group, featuring an extensive collection of footage of the band over the past nine years, showcasing the lives of BTS’ seven members as the group prepares for its next chapter.

“We are here for you with a very special invitation. A new documentary series that contains the story of our growth and our music from our debut to today BTS Monuments: Beyond the Star is coming your way,” the BTS boys say in a teaser for the documentary, shared by Disney+ Singapore on Twitter. “We invite you all to the stories of our blood, sweat, and fears. I hope you find new sides of us that are previously unseen. It shares candid stories that have never been told, so please look forward to it.”

It’s time for the second chapter.

Beyond the Star was teased earlier this year, along with two other BTS-related titles on the streaming service; the 4K concert film BTS: Permission to Dance on Stage, which showcased the boy band’s SoFi Stadium show in late 2021, and the travel show In the Soop: Friendcation which features V alongside Itaewon Class’ Seo-jun Park, Parasite star Woo-shik Choi, actor Hyung-sik Park and rapper Peakboy.

As for the second newly announced project, it seems to be another solo project. The yet to be titled documentary will follow along as J-hope gets ready to release his solo album Jack In The Box, which came out in July. The docuseries will feature behind the scenes moments, his performance at Lollapolooza, and the album listening party.

Disney+ hasn’t yet announced when the shows will air in the U.S. So for now, check out a preview of Beyond the Star above.