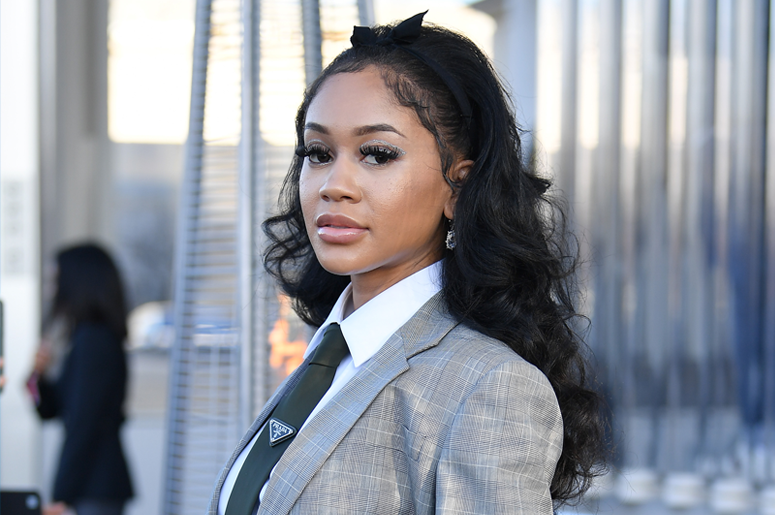 In possibly her most shocking footage to ever hit the internet, Saweetie might have officially taken things too far.

No Karen, we’re not talking about any scantily clad booty bouncing or NSFW lyrics, we’re here for all of that. However, what we’re not here for is Saweetie’s choice to copiously drizzle ranch dressing over her spaghetti.

Even though Saweetie’s video was intended to show off her face beat for the gods glam and impressively long locks, her unusual use of ranch is what took center stage. No we’ve never tried it, and yes we’re aware of the “don’t knock it…” notion, but in this case we’re just going to opt to be blissfully ignorant.

As to be expected we aren’t the only ones with an opinion on the matter, and per usual the people took to Twitter. Countless users weighed in on the questionably queasy choice of addition to her meal, some of which are verified, we mean on Twitter, not in their preference.

Speaking of which, in response to XXL magazine's curiosity of if others put ranch on their spaghetti too, newcomer Erica Banks, seemed to be with Saweetie on this one, affirming, "Ranch goes on spaghetti.”

Y’all putting ranch on your spaghetti like Saweetie? 🤔 pic.twitter.com/tU8lOdrhWd

Additionally, less notables Twitter users trashed the “Best Friend” rapper’s taste buds, likening her palate to that of a "drunk Nebraska frat boy" or " a billy goat." They also tossed around comments about her stomach, from joking that it's made of vibranium -- the indestructible element from Wakanda referenced in Marvel movies primarily Black Panther, to countless remarks about her digestion.

While some had Saweetie’s back, the majority didn’t. Check out some of the best reactions to Saweetie's ranch spaghetti below.

Saweetie got the palate of a billy goat. She probably eat a tin can if you put ranch on it

So u eating spaghetti salad?? pic.twitter.com/0SgvKBuYkf

There’s only one acceptable response to this video pic.twitter.com/qi6yxDJNcp

After I Take The 1st Bite Try’n To See What It Do: pic.twitter.com/qpe55N4ogH