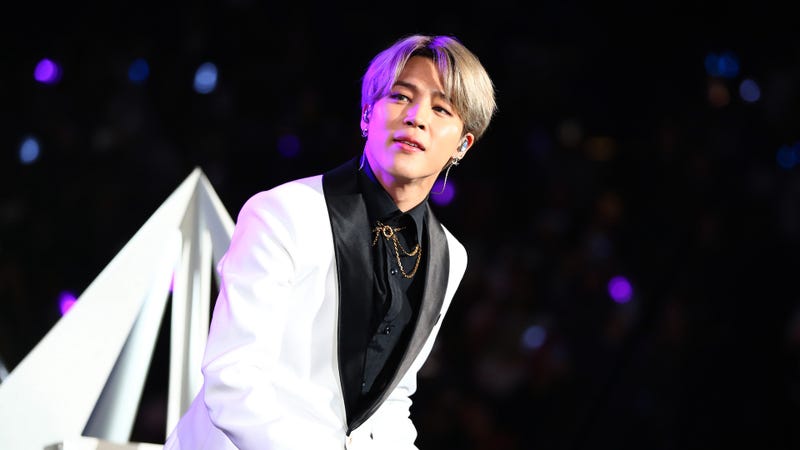 It was a big day for BTS’ Jimin on Monday.

The K-Pop star released a collection of his self-designed merchandise which received such a powerful response from fans it sold out in seconds and crashed HYBE Corporation’s mobile app and website, Weverse, almost immediately upon its release.

Jimin is the fifth member of BTS to release personally designed merch as part of HYBE’s recently launched BTS Artist-Made Collection. The collection features various items specially designed by each member of BTS with Jin, RM, V and Suga all having released their lines prior to Jimin.

According to Korea JoongAng Daily, after experiencing such high demand for Jimin’s merch line on Monday, HYBE is strongly considering the release of more stock. Should more stock be released, information will first be shared via Weverse Shop.

Included in Jimin’s collection was a purple hoodie with yellow writing he’s been spotted wearing several times by fans along with a pair of silver earrings. Check both items out in the tweets below.