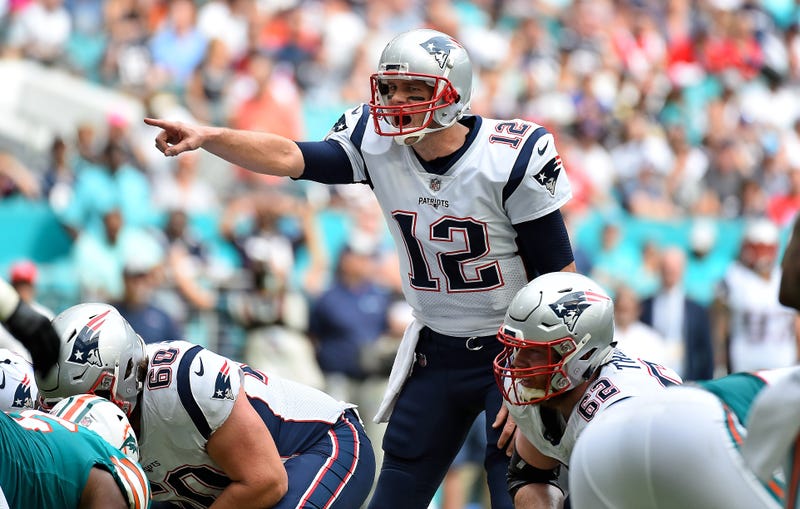 FOXBORO — No matter what the stats say, it’s evident Tom Brady is not having one of his better years.

The 41-year-old is completing 65 percent of his passes for 4,105 yards, 25 touchdowns and 11 interceptions for a quarterback rating of 95.4. The interceptions are the most he’s had since 2013, although it is worth pointing out he’s had several dropped passes that have turned into interceptions like on Sunday against the Bills with Rob Gronkowski.

Those numbers are not Brady-like, as his QB rating right now would be his worst since 2013 and second-lowest since 2006. Games like he had Sunday — 13-for-24 passing for 126 yards, a touchdown and two interceptions — have rarely happened.

So, what are the reasons for Brady’s issues? Himself, or who he’s throwing the ball to? While it may be the easy way out, the answer lies somewhere in the middle.

While Brady insists he “feels great” and his knee isn’t an issue, it’s not looking that way when he is standing in the pocket. The quarterback has avoided contact much more of late and is even fading away while making throws to avoid taking hits, despite pressure not being there. It also seems like he’s not stepping into throws like he can, which was a reason for being intercepted in the red zone against the Steelers as the throw couldn’t get out of bounds.

Brady also doesn’t seem to be having as much success pre-snap as in the past. After the 2016 Super Bowl against the Falcons, Brady claimed to have all the answers to the test and know how defenses were playing him. It seemed like he knew where the ball was going before the snap, and now that doesn’t seem to be the case.

Often times of late Brady is going through his progressions, but not getting past the second or third read because he doesn’t want to hit, so if his initial reads are not there, he’s throwing the ball away or forcing a throw to a receiver like Julian Edelman.

This bring us to the pass catchers not holding up to their end of the bargain. Maybe they are not getting open fast enough like they were in the past.

Edelman is coming back from a torn ACL suffered in the preseason last year and he doesn’t seem to have the burst off the ball like in the past. He’s having a solid year since returning from his four-game suspension, but it seems to be harder for him to get open than we’re used to seeing.

Gronkowski, who has been on the injury report for most of the year with ankle/back injuries, just can’t get open on his own anymore. The All-Pro tight end just looks slow and doesn’t have any explosiveness. He also hasn’t been able to get any separation all season long. Then, there’s Chris Hogan, who has lost his circle of trust status. The receiver has been on the field for 739 snaps this season, but has only had a pass thrown his way one in every 16.8 plays on the field.

Also, losing Brandin Cooks and Danny Amendola last offseason certainly hurt as those were two players Brady could count on, especially Amendola, who he had tremendous chemistry with. It’s hard to say how much of a difference having receivers like Cooks or Amendola would have made, but it certainly wouldn’t hurt. Also, having more depth at the receiver position would have been beneficial, but the Patriots whiffed this offseason with several players not working out over the summer.

Bottom line, it appears Brady’s issues this season have had a lot to do with his reads and progressions with his first options just not being there like they’ve been in the past. And it’s hard to say who is to blame — Brady for not knowing what his first read should be based on the defense, or the first read not getting open like before.

It’s hard to blame one specific thing, but it is clear Brady and the Patriots' passing game just hasn’t been clicking like we’re used to seeing.