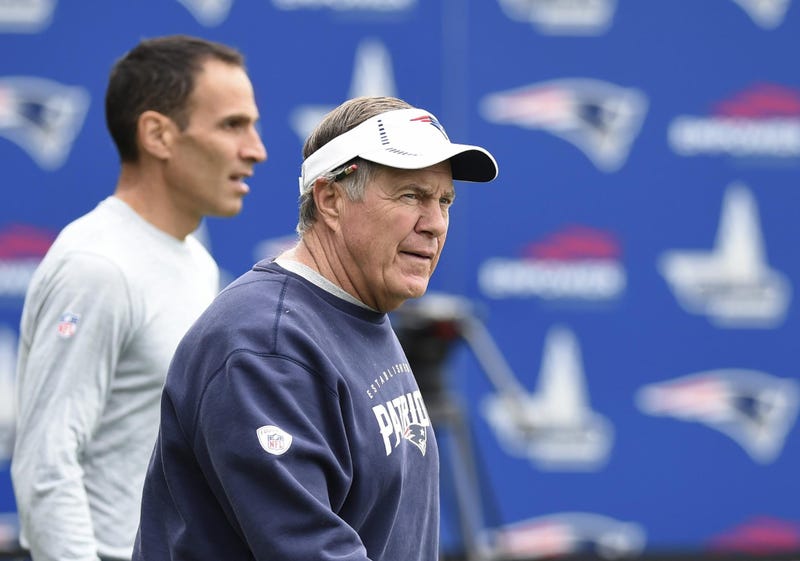 The Patriots are on to training camp.

New England was scheduled to have two final OTA sessions on Thursday and Friday of this week, but speaking at Tuesday’s Myra Kraft Community MVP event at Gillette Stadium, owner Robert Kraft revealed those two voluntary sessions were canceled. The OTA session on Tuesday will be the final time the team meets until training camp in late July.

“Part of that is that there were great things that happened last week, having everyone here, and then [Monday] they had a team-building activity that was really good,” Kraft said to reporters. “The new, young players we have here, the free agents, I’m excited about this team. I think we’re going to have a lot of fun this year. I understand sometimes people in the media have to work things up a little bit, but I’ll just tell you, I and my family are very excited about the upcoming season.”

It does seem unusual for Bill Belichick to cancel any football activity of any kind, but it’s not like he hasn’t done anything like this before. There have been multiple years where he’s sent the team home early by canceling the final session, just not two like this year.

This year also gets more attention because of Tom Brady and Rob Gronkowski skipping the voluntary portions of the offseason program and also because of multiple opposing players coming out this offseason and saying the Patriots don’t have any fun.

Did Belichick feel he simply couldn’t get anything else from the sessions without his starting quarterback present? Was canceling the final two sessions his way of making sure his players are having fun?

As much as some would like for one of those reasons to be true, it likely had nothing to do with either of them.

Belichick canceling the sessions isn’t a big deal at all and like was previously mentioned, he’s done it in the past.

In 2016, OTAs were cut short by one and he’s been known to sometimes change the itinerary for team-bonding activities like going to the movies and going to Fenway Park like he did on Monday. While it may seem like a strange move, it’s not out of the ordinary for the 65-year-old coach. Also, other teams cut their OTAs short almost every year — it really isn’t anything to be concerned with.

Overall, the Patriots had eight spring practices -- five OTAs and three mandatory minicamp sessions. The media was able to view five of the eight sessions and from what was shown at these on-field workouts, they were very productive.

“We’re headed into our third week here – first two weeks of OTAs, this week of minicamp. So it's a good process,” Belichick said at the start of last week. “I think we're making progress. We obviously have a long way to go. We'll start getting into some situational football and keep moving things ahead, but I feel like we've got a decent couple weeks. Hopefully we can just keep stringing some good days together this week and get ready by the end of the process, put ourselves in the best position we can to get to training camp. That's really what this is about. Just try to keep stringing them together.”

The coach has said over the years that OTAs and minicamp are more of a teaching camp and like he said last week, it’s about making sure the team is as prepared as possible heading into training camp next month.

It would appear the eight sessions were all the team needed to make sure it is ready for when the pads go on in July and there’s no time to stop the sessions to go over what went wrong. At that point, the team has games to get ready for and cannot waste any time on the field. Keep in mind, if Belichick didn’t feel the team was ready for training camp, he certainly wouldn’t be sending the team home for the summer early. This is a sign the team accomplished everything it set out to this spring.

While some may look to add this to the list of offseason drama, it’s the furthest thing from it. It’s no big deal.