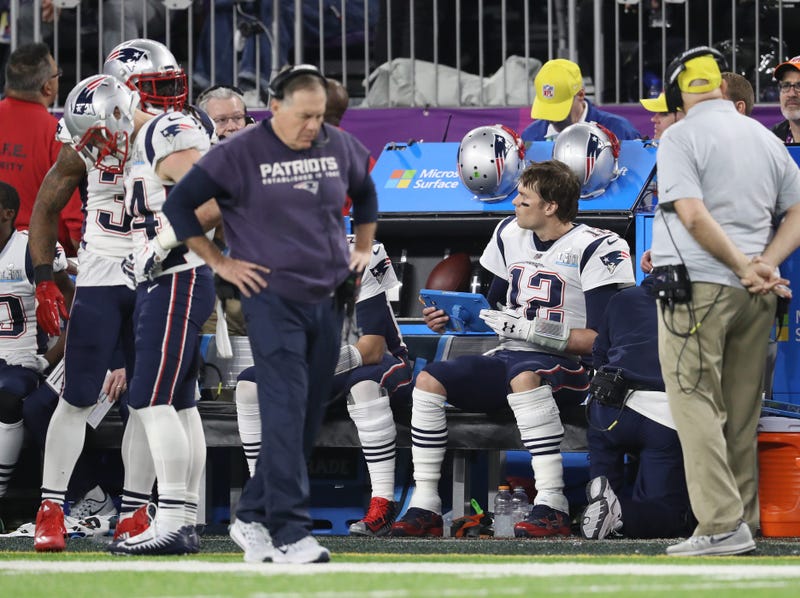 FOXBORO — For most organizations in sports, a story like the ESPN one published last week could potentially derail the team and disrupt the normal day-to-day operations.

Led by Bill Belichick himself, they sometimes use potential distractions to their benefit.

The biggest example was in 2015 heading into Super Bowl XLIX. The week after the AFC title game was all about Deflategate, which originated early that Monday morning, hours after the AFC championship. Tom Brady had his infamous standing room only press conference where he was asked if he was a cheater. Bill Belichick had his Mona Lisa Vito rant the following Saturday, and Robert Kraft went all-in against the NFL upon arriving in Phoenix. Then, every interview a player did the week leading into the game, Deflategate was seemingly brought up.

Through all that, the Patriots came away with a thrilling win over the Seahawks for their first Super Bowl win in 10 years.

Even before that there was 2007 when despite the Spygate allegations, the Patriots went undefeated in the regular season before falling to the Giants in the Super Bowl. In 2014, there was the blowout loss to Kansas City in Week 4, falling to 2-2 on the year and many questioned if both the Patriots and Brady were done. The Patriots blew out the Bengals 43-17 on Sunday Night Football the next week and ended up by winning the Super Bowl.

To a lesser degree, there was 2016 when during the bye week after the regular season, Chandler Jones ended up shirtless at the Foxboro police station due to a bad reaction to synthetic marijuana. The Patriots beat the Chiefs the following Saturday before falling to the Broncos in the AFC championship.

Tom Brady has been in the middle of several of these potential distractions — Deflategate, the start to the 2014 season — but he’s never let them impact his performance on the field.

Added Josh McDaniels on a conference call Monday: “He knows exactly how to handle outside noise. His job as the quarterback is always difficult in terms of the preparation for the opponent, and he knows how much time and effort that takes to be ready to play against a really good team. I have no doubt that his focus will be on what it needs to be on this week, like it always is, and he’ll have a great week of preparation and practice and be ready to go on Saturday night.”

This week the Patriots will host the Titans, who are coming off a thrilling 22-21 comeback win over the Chiefs on the road Saturday. They are not one of the toughest opponents the Patriots have faced in the postseason over the years by any means. Tennessee hasn’t scored more than 24 points in a game since Week 6 and ranked 25th against the pass in the regular season.

While the Titans alone may not be a team to make the Patriots laser-focused this week, using the ESPN story as a way to pin an “everyone is against us” mentality could be used all the way to a potential trip to Minnesota later in the month.

Despite everything that is being talked about and written about outside the confines of Gillette Stadium this week, what’s the message Belichick is preaching?

“It’s just get ready to play the Titans,” he said on Monday's conference call. “That’s what it is.”

It’s unclear whether or not external stories actually make the Patriots focus more on the task at hand, but past experiences suggest it certainly doesn’t distract them.

Let the road to Minnesota begin.