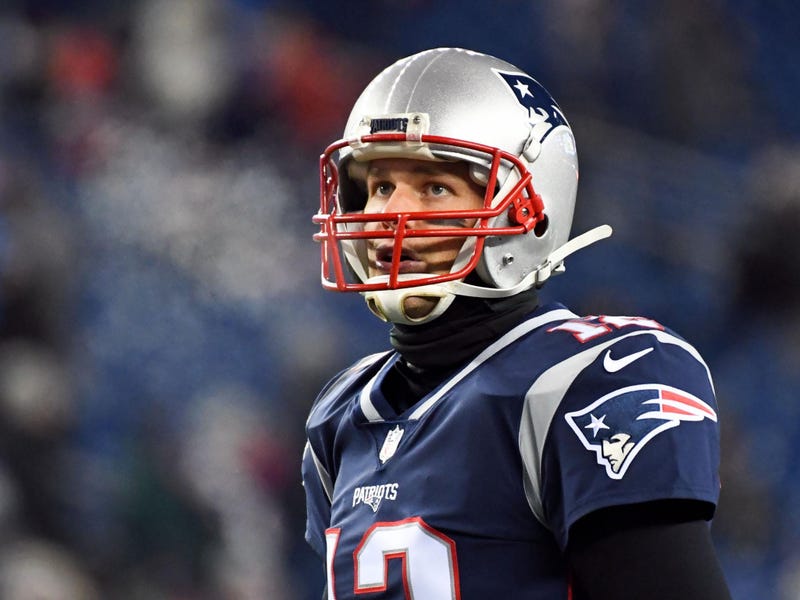 Going into the 2017 season, and even for most of the year, the prevailing thought was Tom Brady was going to play until his mid-40s.

The 40-year-old was still playing at an elite level, he was talking about his drive to stay the best and heck, he even won the league's MVP.

But, then came the days and weeks following the Super Bowl LII loss and there seemed to be a different tone with the quarterback. This all stemmed from the final episode of Tom vs. Time.

This didn’t sound like the same person who at the beginning of the documentary, which was taped last offseason, challenged anyone to work as hard as he does because football is his life.

Even Patriots owner Robert Kraft has had a different tone talking about his quarterback. Last offseason he was all about him playing until his mid-40s, and now he doesn’t sound as convinced.

"I hope he plays," Kraft said to The Athletic’s Jeff Howe when asked about Brady playing into his mid-40s. "He's at a different point in his life. He talked about it. It's interesting to see that Tom vs. Time and see where he's at, his kids growing up. But that is something for he and his family to decide what is right for him.”

Some have connected Brady’s shift in attitude to not having Jimmy Garoppolo on the roster to push him. While Brady always downplayed how much motivation Garoppolo had on him, it’s pretty clear it did.

Internal competition has driven Brady his entire career, all the way back to Michigan. Although Brady wasn’t fading or was unmotivated by any means, it seemed once the Patriots drafted Garoppolo in the second-round of the 2014 draft it rejuvenated him.

By drafting Garoppolo, it indicated to Brady perhaps the Patriots didn’t fully believe he could perform like had in the past as he approached 40 years old. The quarterback had this in the back of his mind seemingly at all times and it was what he needed to prove the organization wrong.

Clearly, his play over the last couple of seasons did just that.

Now, Garoppolo is no longer on the team as the Patriots traded him to the 49ers in the middle of last year, and the only other quarterback is Brian Hoyer. Obviously, Hoyer doesn’t pose a threat to Brady.

But, that could change in two weeks.

The Patriots are in the market for a quarterback and seem very likely to select one in the draft, perhaps even as high as the first round. Even Brady has to acknowledge this is something that needs to be done with him being 41 years old next season and there being no real evidence a quarterback can play at an elite level into their 40s.

On the other hand, this could be the internal competition and thing that motivates Brady again — the thing that gets his “conviction” back.

Say the Patriots draft a quarterback with one of their first few picks in the draft, based on how competitive he is, Brady will do everything in his power to not have that player be a better option than him. Certainly not this year, and who knows, maybe multiple years down the road.

Of course, Brady is at a different point in his life now than he was in 2014 when the Patriots drafted Garoppolo and there could be things outside of football (ie. his family) that drive him into retirement. But, if there’s anything that could motivate Brady even more, it’s any sign that the Patriots don't believe in him.

When Brady says he needs answers to questions about why he keeps playing, a rookie quarterback coming to town could be just it.