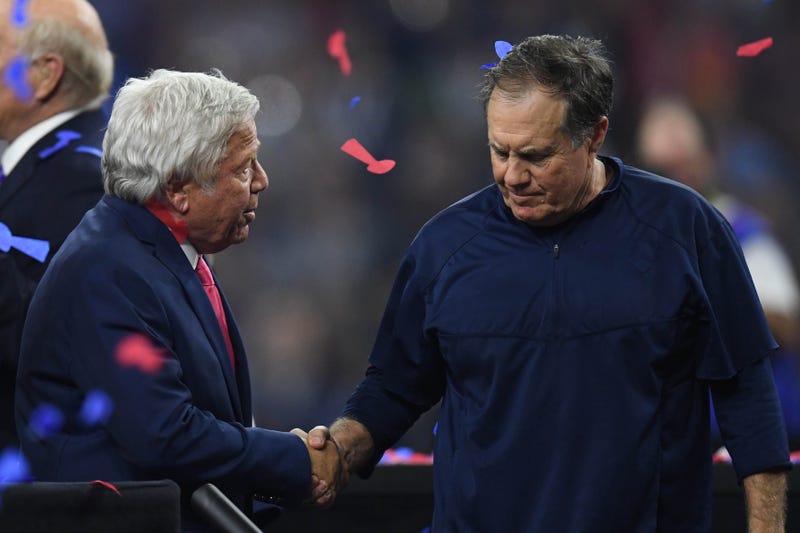 What are the biggest reasons for the Patriots' success under Bill Belichick?

Of course, having the greatest quarterback-coach tandem in NFL history is at the top of the list, but not close behind is the culture Belichick has created. It starts with the voluntary offseason workout program, which is among the most attended across the league.

For the Patriots, the groundwork for the upcoming season starts in May, not July when training camp begins. This has been praised over the years and even the players themselves have noted the importance.

“[Bill Belichick] talks about, you think it's just an OTA in the spring time and it's not that important and all those things that probably could enter your mind,” Tom Brady said in 2013. “The truth is, this lays the foundation for the start of training camp and if you have a good training camp, it usually means a good start to the season. A good start to the season leads to good position entering the second half of the season. Everything ends up having some significance to it. You're not just out here running plays and going through different things that aren't going to mean anything. We're out here trying to get a lot of things accomplished.”

Five years later, Brady hasn’t attended any of the voluntary offseason workout program, and for the first time in his career missed OTAs this week. Even when he missed the first two phases from 2008-10, he returned for the 7-on-7 and 11-on-11 work.

“I’ve been in communication with Tom. I think he’s very excited about the upcoming season,” Kraft said to reporters. “These are voluntary workouts. I heard he’s in great shape.”

There’s no issue with three out of the four sentences, but the fourth, the third within the answer, is not good.

These are voluntary workouts.

Belichick probably isn’t too thrilled with that line, as not only did it come from someone in the organization, but the man at the top.

And what about the players who have been at the facility the last month or so working as hard as they can to get in the best shape possible before training camp? If the owner says they are voluntary, why are they all showing up then?

If that line bothered the players, another one of Kraft’s quotes might’ve really set them over the edge.

Kraft seemed to indicate he understands where Brady is coming from when he says this offseason is about his family, which is why he’s missing the workouts and OTAs.

“I was thinking back to when he joined us, where he’s blessed to have three children now and he’s built a number of businesses and has certain responsibilities,” Kraft said. “I think it’s very hard for him to fulfill those during the season and the commitment that he has to football.”

Brady certainly isn’t the only player on the team with children, so should the other fathers on the team be given a free pass from the voluntary sessions in the spring?

“Don’t get me wrong, there are a lot of great things that this job provides,” Brian Hoyer, who has two kids, said on Tuesday. “But I also think we make a lot of sacrifices as players to be away from our family to put our dreams first and that’s what it really comes down too. That’s kind of a realization I’ve come to over 10 years of playing, is our families sacrifice a lot for us and obviously we sacrifice a lot from being away from them.

“So it’s tough. You try to find a balance, especially the offseason. … I can always take my kids to school, pick them up, things that I don’t always get to enjoy during the regular season.”

It isn’t like the offseason program requires players to give up their entire lives like in the regular season. It’s a couple hours a day, a few days a week. There's still plenty of time to be devoted to family. And it isn’t like the Super Bowl was a few weeks ago. It’s been over three months since the game, plenty of time to catch up with the family, and then knowing almost an entire month off is coming from the middle of June to July before training camp starts.

The owner using having three kids and “a number of businesses” as a reasonable excuse for a player to miss OTAs is crazy — no matter who the player is.

Sure, Brady is on a different level than everyone else, but not like that.

Kraft likely didn’t mean any harm by his comments, but it wouldn’t be a surprise for other players and Belichick to see these comments from their owner and go, ‘huh?’