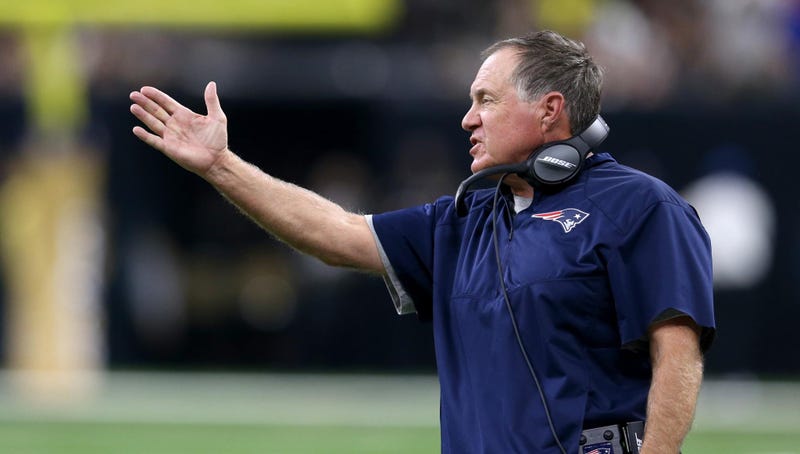 Serious question: After Josh McDaniels ditched the Colts to stay in New England to remain offensive coordinator the week after the Super Bowl loss, what major positives were there for the Patriots this offseason?

Sure, Rob Gronkowski announcing he would be back in 2018 was good news, but that was really never truly in doubt.

Looking back at the offseason when it comes to roster moves, it wasn’t the greatest -- just look at who was lost compared to who was gained.

The Patriots didn’t replace most of their losses and also failed to improve upon some of the biggest weaknesses in 2017.

Perhaps the biggest loss of the offseason was Solder considering there’s no definitive replacement on the roster for him. It’s unfair to blame the organization for moving on from him given the deal he got from the Giants, but it didn’t do much in terms of adding someone to fill his shoes.

As it stands now, it will either be Wynn, a first-round pick who comes with a few question marks at the tackle position given his lack of size, or Brown, who has had a very inconsistent career and doesn’t even have much experience on the left side of the line. The Patriots have one of the best assistant coaches in the entire NFL in Dante Scarnecchia on the offensive line, but he can’t be counted on to turn either one of these players into All-Pro’s.

Going into training camp, the left tackle position may be the biggest question mark on the entire roster.

The receiver position also deserves some second guesses, as well.

Losing Amendola was the toughest loss to take because the organization could have easily retained him, it just would have cost a few more million than it wanted to go. Given how valuable he is to the offense in the most clutch of situations, the team should have made it happen.

There were several new wide outs added, but none who will see more than a No. 3 receiver role. Matthews probably has the most upside, Patterson is more of a gadget player than a receiver and it’s hard to count on a late-round selection like Braxton Berrios to make an immediate impact.

The position also took a hit when Julian Edelman was lost for the first four games of the year and now with Monday’s news, it doesn’t seem like Malcolm Mitchell will be part of the group due to on-going knee issues. This leaves only Edelman, Chris Hogan, Kenny Britt (starting year on PUP) and Phillip Dorsett with any real experience working with Tom Brady on the roster.

Add in the soon-to-be 41-year-old missing all of the voluntary workouts this offseason, it’s certainly worth wondering what the chemistry will be like between Brady and his receivers? Knowing Mitchell’s injury history and also not knowing for sure how Edelman will respond coming back from a torn ACL, the decision to move on from Amendola is even more puzzling.

When the schedule was released in April, it was quite apparent how difficult of a start the Patriots will have and it became even tougher when it was learned the offense would be without Edelman.

Bill O’Brien will certainly have his Texans team ready for Week 1 and their defense should finally be healthy. Week 2 will be a rematch of the AFC championship, but this time in Jacksonville, and then Matt Patricia will have his Lions ready for a Sunday night game in Detroit in a teacher-student coaching matchup.

It’s certainly not the easiest of starts to a season, especially having to do it with a rookie and/or inexperienced left tackle to go along with not a lot of familiarity at the receiver position.

This isn’t even mentioning defensively not addressing the lack of speed and depending so much on Dont’a Hightower at linebacker. This was a position exposed in the Super Bowl loss to the Eagles and nothing of substance was done to correct it.

Right now, the 2018 offseason will be remembered for all the drama that occurred, but depending how the first few weeks of the season go, it could turn into being remembered for the lack of additions combined with the number of key departures.