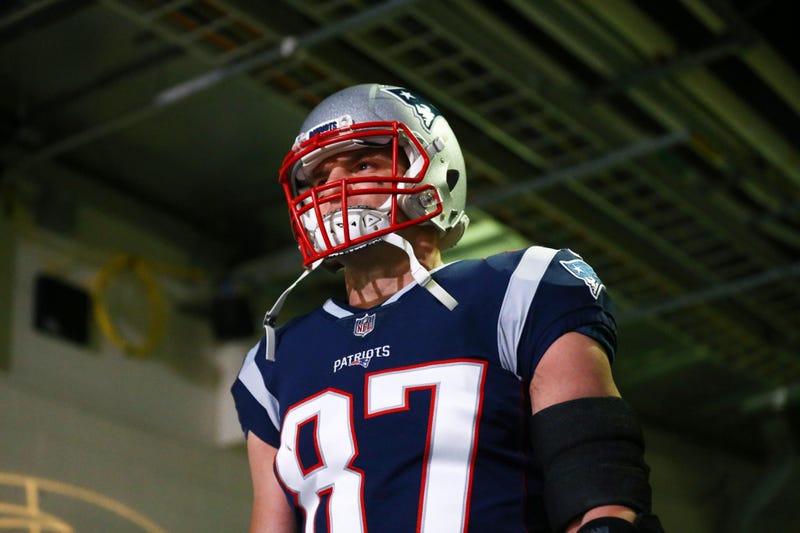 As the saying goes, timing is everything, and Rob Gronkowski announcing his plans to return for the 2018 season on Tuesday was no different.

Consider when he did it: A few days after he made a mockery of Bill Belichick, the coaching staff and his teammates regarding the team’s offseason workout program, of which he’s missed the first week and a half; and also two days before the NFL draft.

For the first time maybe ever, the Patriots’ fan base had turned against Gronkowski.

Not many could defend his bizarre press conference, with some people going as far as wanting him to be traded. His act of dragging out his decision whether or not to play in 2018 was growing old, especially when it was assumed he would play, and some didn’t like him using it for publicity purposes. Gronkowski needed to do something.

Earlier in the offseason, it was reported by NFL Media’s Ian Rapoport there likely would be no announcement from Gronkowski and he would just show up at the facility when he was ready, but Tuesday night there was an Instagram post. He didn’t need to do that. He easily could have met with Belichick privately and not announced it on social media.

"I met with coach today and informed him I will be back for the 2018 season with the Pats," he wrote. "I have been working out, staying in shape and feel great. Looking forward to another championship run. #bandsamakeherdance."

Deciding to go to social media is an indication he’s flipped the switch and is strictly focused on football now, at least until the middle of June before the whole NFL goes on vacation for a month, and it was his way of announcing his football season has started. This may not mean he will start attending the Patriots' workouts just yet, but the whacky promotional appearances seem to be over.

Based on the public reaction to his recent antics, he felt the fans needed to hear he'd be back and have it come directly from him.

Gronkowski easily could have waited longer, as training camp doesn’t start until July, but after his Monster Energy press conference didn’t come across as planned, he needed to repair his relationship with not only the fan base, but Belichick as well.

While the team likely assumed Gronkowski would be back in 2018, nothing was certain and if he didn’t come back that would mean drafting a tight end would have been one of the biggest needs this week. While it would not be a surprise to see them select one any way, as Gronkowski is 28 years old and it’s not too early to start thinking of the long-term future of the position, it is no longer a priority.

Also, if Belichick really was unhappy with his antics this offseason, especially of late, who is to say he hadn’t considered shipping him out of town? Draft week would have been the perfect week to do it. It would seem Gronkowski doesn’t want to play for a quarterback other than Tom Brady and he does enjoy most things about playing in New England.

To prevent any chance of getting traded, he needed to let Belichick know he was committed, and apparently it worked as ESPN’s Adam Schefter reported there will be no trade.

The main motivation for Gronkowski’s actions this offseason have been rumored to be money-related. The tight end is on the books for a base salary of $8 million this season and looking at the other deals tight ends signed this offseason and even some receivers, it can be understood why he would feel like he needs a new contract.

Last year around this time the team added incentives to Gronkowski’s deal, which allowed him to make up to an additional $5.5 million based on on-field accomplishments. Given his injury history, this was viewed as the perfect deal for both sides, but of course, the player would like that money to be up front to protect against injury.

With Rosenhaus present, there’s no doubt his deal came up. Belichick and Rosenhaus have had a solid working relationship over the years and according to Gronkowski’s camp, the meeting Tuesday went well.

“It was very positive and Rob is committed,” Rosenhaus said to Schefter.

While Gronkowski likely thought he would have leverage against the team and support of the fans all offseason no matter what happened, that obviously changed and the 28-year-old needed to do something.