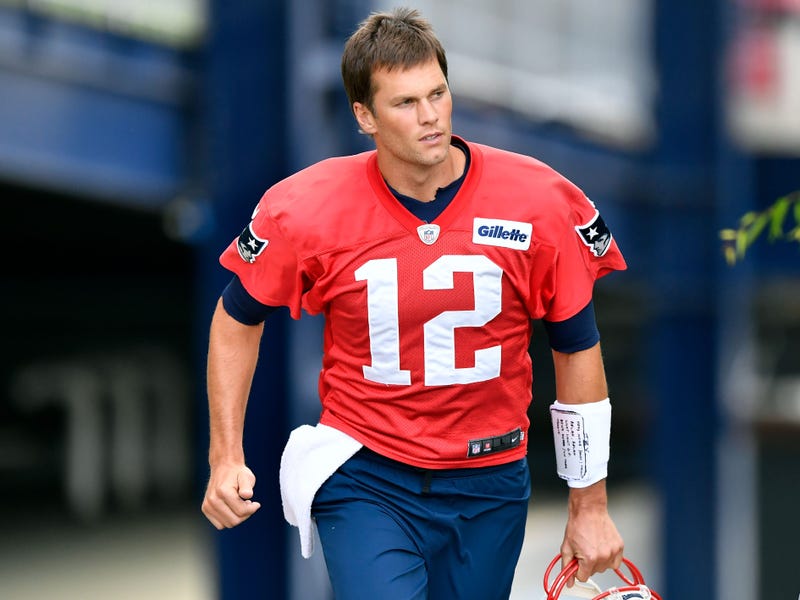 After skipping the first seven weeks of the voluntary offseason workout program for the first time in their careers, both Tom Brady and Rob Gronkowski were present at the three-day mandatory minicamp last week.

Everything seemed to go well with the sessions having more intensity and better competition than the OTAs, just because of the pair’s presence on the field.

Bill Belichick did his best to downplay them missing the first seven weeks, but when the three days of work wrapped up Thursday, the question on everyone’s minds was would the two participate in the final four voluntary OTA sessions this week?

And for Brady specifically, there was even more intrigue following Julian Edelman’s reported four-game suspension since the quarterback will be without his favorite target the first four weeks and a lot will be put on the shoulders of new receivers who could use all the time they can to get on the same page as Brady.

On Monday it was learned it won’t happen, as NFL Media’s Ian Rapoport reported the two players will not be participating and the next time they will be on the field will be for training camp in late July.

As much as last week was business as usual, the two missing this week shows it’s really not.

Many will ask why would the two attend OTAs after skipping the seven weeks of the voluntary program, but it’s an easy answer: because of Edelman’s reported suspension.

“I hope not,” Brady said when asked if he feels like his absence will impact the team in the long run. “I mean every year has different challenges, you know? There's some years where, I mean obviously this team has very high expectations. We're trying to win every game. That's what our goals are. I think those things we have a lot of time to work on literally. Figuratively there's a long way to go. We've got a lot of work to do and it's going to be up to us individually to prepare as best we can and then collectively when we come together we do the same.”

Brady knows how complex the Patriots offense is and how demanding he is on his receivers. To this point in his career, Brady has made sure he spends all the time he can working with new receivers to make sure they are on the same page when the games count. This year, that’s not the case. Receivers Jordan Matthews, Cordarrelle Patterson, Kenny Britt, Phillip Dorsett and Braxton Berrios all have less than a full season working with Brady so they could use all the work with the quarterback as they can get.

Five years ago we could see the quarterback even adding an additional throwing session on his own to the OTAs to make sure he and his receivers are as prepared as possible for the games without Edelman, but now Brady is just skipping them all together.

We’ve heard all offseason how connected Brady and Gronkowski are, so all it would take for the tight end to show up is for the 40-year-old quarterback to be there as well.

Brady noted he wanted this offseason to be more about his family, but even attending this week’s sessions wouldn’t prohibit him from doing that. It isn’t like it is like the regular season when he’s at the facility all day. It’s only for a few hours and he also knows he has the next month off completely.

The 40-year-old was around last week so he’s well aware of all the chatter regarding tension between he and Belichick. He was even asked about his relationship with the coach when he spoke last Thursday. Reporting for work this week could have done a lot to end the tension talk within the organization, but with Brady and Gronkowski continuing to stay away, the more reasonable it is to discuss.

For as much as some would like to dismiss it, the reported tension and refusal to give in between Brady and Belichick appears to still be there because why else wouldn’t the quarterback, who is as precise and demanding as anyone in the league, be at OTAs this week following learning he'll be without his top targets for the first four games?