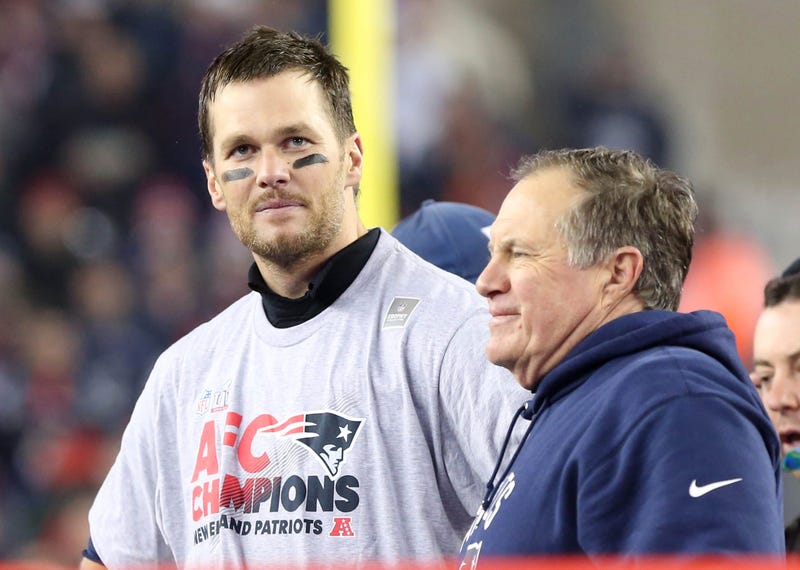 It’s almost like Tom Brady Sr. could predict the future.

"It will end badly," he said back in 2015 via a New York Times Magazine feature about how his son’s time in New England would end. "It does end badly. And I know that because I know what Tommy wants to do. He wants to play till he's 70. ... It's a cold business. And for as much as you want it to be familial, it isn't."

Now, a few months before Brady turns 41 and gets set to play his 19th season in the league, for the first time maybe ever it can be seen how Brady Sr. will likely be right.

Up until this offseason, it appeared Brady had planned to play until his mid-40s and nothing would get in the way of the love he has for the game. But, things have appeared to change recently.

Brady missed OTAs for the first time in his career as he noted he wanted to spend more time with his family, and then over the weekend in an interview with Oprah Winfrey, he said retirement is coming “sooner rather than later.”

If Brady does not play until his mid-40s things absolutely will not end well for him. Why? Because of the Jimmy Garoppolo trade.

Garoppolo was the quarterback of the future, but because Brady had said he was going to play until his mid-40s, the organization couldn’t hold onto him any longer. With Brady still on the roster there was no way they could get Garoppolo to re-sign when he became a free agent after last season. That was why he was traded at the trade deadline last October.

If Brady does retire within the next year or two, the team will be left with no real successor in place at the quarterback position all because of what Brady had said and led the team to believe. Garoppolo was the successor, but he’s now on the West Coast with the 49ers.

Even if the Patriots win the Super Bowl and then Brady goes out on top within the next two years, it’s still a horrible look for the future Hall of Fame quarterback. Bill Belichick and Robert Kraft certainly would not be happy with him as they would be left with no quarterback.

Why will it end poorly if he plays into his mid-40s, and even if a successor is brought in? Just look at how things have been going recently.

Brady and Belichick have been working together for 18 years and for the first time in their relationship their disagreements have gone public. The biggest is surrounding Brady’s personal trainer Alex Guerrero. Last season, Guerrero was banned from traveling with the team to away games and also had his space in the Gillette Stadium facility taken away.

Guerrero is one of the biggest reasons why Brady has been able to play so well for this long, so it isn’t like he’s going to go away. And Belichick isn’t one to give in, so it doesn’t appear he’s going to budge on his decision to ban him. This appears something that is going to linger no matter how long Brady continues to play.

It’s also been rumored Brady doesn’t like the way Belichick treats him after so many years in the league. This also isn’t something that is going to change. The future Hall of Fame coach isn’t going to change his style for one player, especially because of how much of a trickle down impact it would have.

It would appear if Brady is frustrated with things now, he will continue to be frustrated for the remainder of his time in New England.

Brady could play one more year or he could play five more years, but it still feels like no matter what happens there will be no happy ending. The only way that would happen is if Brady plays several more seasons and either Brady or Belichick changes the way they do things, and with their egos that doesn’t seem likely.

Three or so years ago no one really gave Brady Sr.’s comments much truth, but now it’s pretty clear we should have.

After all, father knows best.