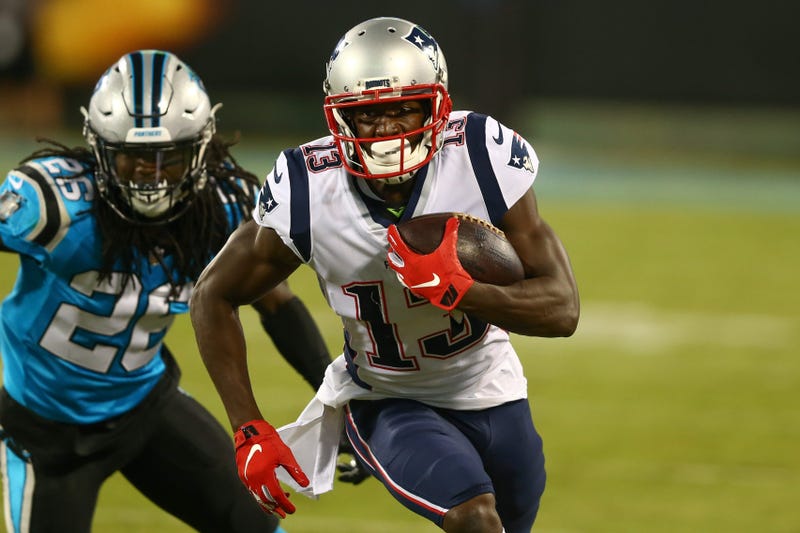 FOXBORO — For the Patriots, the bye week is all about self-scouting and finding ways to improve.

With the bye week coming in Week 10 it’s hard to make drastic changes, but if one thing is clear the offense needs a bit of a jump-start, especially in the passing game.

Besides Julian Edelman, no one has really stepped up and been a reliable target for Tom Brady. Chris Hogan for whatever reason has not been very productive and Josh Gordon has leveled off, especially when it comes to advancing his knowledge of the offense.

This brings us to the jump-start the passing game needs.

Ever since Edelman returned from his four-game suspension in Week 5, Dorsett has been phased out. Over the first four games, Dorsett had 16 catches on 21 targets for 190 yards and two touchdowns. In the last six he has caught nine passes on nine targets for 73 yards.

In terms of playing time, it took until Week 6 to be phased out. Dorsett played over 70 percent of the snaps each week for the first four games, 60 percent in Week 5, but since hasn’t had a game with more than 22 percent of the snaps and that came in the last game against the Titans when he played 15 snaps, also his most since Week 5.

“Everybody would like to play more,” Dorsett said Tuesday. “But, at the end of the day this team is so unselfish when it comes to playing time and stuff like that. Everybody has their role and your role is what you make of it. At the end of the day, whatever it is, everyone hones in and executes it to the best of their ability.”

“I think I have done pretty well,” he added. “Everybody can look back at their play and find things that they can do better, but at the end of the day I am happy with how I have played. I am just happy knowing I have so much further than I can go.”

It does seem pretty baffling that a player who has caught every pass thrown his way since Week 5 hasn’t played more than 15 snaps in a game during that same timeframe.

And it isn’t a lack of trust from Brady, either. The quarterback has been on record plenty this year saying how much he trusts him.

“I think it’s pretty good,” Dorsett said of his chemistry with Brady. “We work on it every day in practice. We do a lot of things when it comes to just building trust. That goes without saying. You just have to go out there and do the right things and be a playmaker for him.”

Whenever Dorsett is on the field, it seems he makes plays.

In the Packers game everyone remembers the double-pass play which ignited the offense, but the biggest play of the game may have been a few plays prior when the Patriots had third-and-7 on their own 27-yard line and Brady found Dorsett for 17 yards.

Also, Dorsett has been targeted six times in the red zone this season and he has five catches, two resulting in touchdowns. No Patriots pass catcher has a better catch percentage in the red zone.

As for who he should be taking snaps from, it isn’t just one player. It should be a combination of Gordon and Hogan. Gordon can really only run a few specific routes and opponents are catching on. For Hogan, a player who has zero catches in the last two games should not be getting upwards of 80 percent of the snaps.

That’s nothing against Hogan, it just stands out that Dorsett has two more catches than him despite playing 246 fewer snaps.

While Dorsett is saying all the right things, for the Patriots offense to be at its best it needs the 25-year-old on the field more.