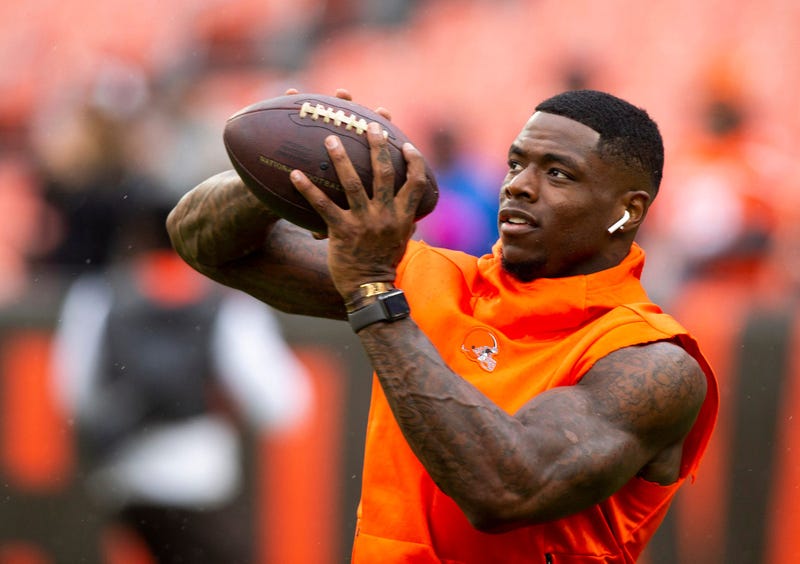 Let’s get this out of the way: There’s nothing wrong with the Patriots trading for Josh Gordon.

Would the Patriots be targeting Gordon if the team was 2-0 and getting the normal production at the receiver spot? Absolutely not. It’s approaching the desperate-for-any-kind-of-help stage.

Going into Monday, with Julian Edelman suspended, the team had a depth chart of Chris Hogan, Phillip Dorsett, Cordarrelle Patterson and Corey Coleman. Through the first two games, Patriots wide receivers have just one catch of more than 20 yards, and that occurred late in the fourth quarter of Sunday’s loss.

Clearly, the group isn’t helping Tom Brady much in the passing game, and a lot of that is of the Patriots’ own doing.

Jordan Matthews, Eric Decker, Malcolm Mitchell, Kenny Britt, Paul Turner, Devin Lucien, K.J. Maye, Amara Darboh, Chad Hansen, Bennie Fowler, Corey Coleman — what do all these players have in common? They were all released by the Patriots at some point between this summer and now.

Sure, a few of these players’ situations were out of the Patriots’ control and came as surprises, but the Patriots did bring in a lot of the players with the expectation things could work out, and they didn’t. This leaves the Patriots having to take a chance on Gordon and still having to worry about the wide receiver position two games into the regular season.

This problem dates all the way back to the offseason.

Two of the Patriots’ best receivers from 2017 are no longer with the team.

Danny Amendola wasn’t re-signed and went to Miami on a two-year deal worth $12 million. The wide out was making just over $2 million with the Patriots and given his relationship with Brady and Edelman, if the Patriots would have come in with say a $4 million offer, he likely would have stayed.

Not retaining Amendola was one of the biggest mistakes of the offseason and is showing up not only with the lack of depth at the position, but also Brady missing a reliable target on third down.

The other receiver to leave was Brandin Cooks, as he was traded to the Rams in exchange for their first-round pick (No. 23 overall) and a sixth-round pick. Who did the Patriots get with these picks? Offensive lineman Isaiah Wynn, who is lost for the season with a torn Achilles, and the sixth-rounder ended up by getting traded. It’s too early to call the trade a bad one, but for this season, it isn’t very good.

If the Patriots had kept one of or both of these players, would they be having the issues they are having at the wide receiver position and being forced to bring in a player like Gordon? Probably not.

These miscues are also impacting the team beyond just on the field.

With all these receivers coming in and out, most after training camp wrapped up, think about the stress that has put on wide receivers coach Chad O’Shea to constantly get new players up to speed. Same thing with Brady — instead of spending all his time preparing for the next opponent, parts of his weeks have been spent getting to know some new faces, who have just been let go after a few days.

This will continue again with Gordon, and maybe even more so than with other players because of the necessary attention he needs.

It’s unclear how Gordon will out in New England, although everyone hopes well given his off-field issues, but it’s also hard to depend on a player like Gordon given his history.

But yet, this is what the Patriots are doing, and that just speaks to the bigger story of the team having a major issue at wide receiver.