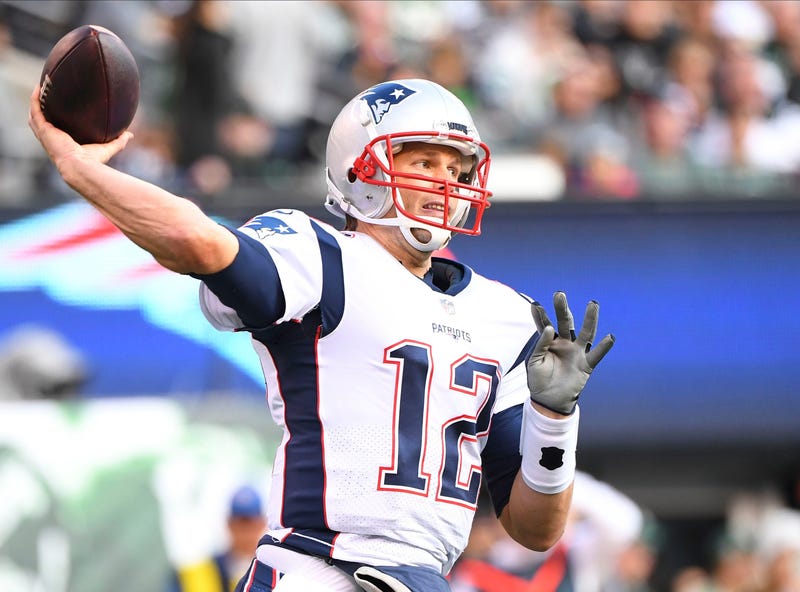 The NFL tried harder to nail Tom Brady for playing with deflated footballs than figure out whether Kareem Hunt physically assaulted a woman in the hallway of his hotel residence. This disturbing contrast exposes Roger Goodell’s priorities, and combating domestic violence appears to be at the bottom.

It’s understandable if the rest of the country rolls its eyes whenever Patriots fans and media bring up the interminable Deflategate probe. The Patriots have won two Super Bowls and appeared in three since the Colts reported Brady was playing with under-inflated footballs in the 2015 AFC championship. We are not deserving of a pity party.

But Deflategate ennui shouldn’t allow Goodell and the NFL to get away with their wretched inconsistencies. As Sports Illustrated legal analyst Michael McCann points out, the league hired a small army of attorneys to interviewed 66 witnesses and commission a 139-page report to find out whether Brady knowingly played with footballs below the PSI threshold. Ted Wells took four months to issue his report condemning Brady, and then the NFL spent more than one year defending its draconian disciplinary measures in court.

Meanwhile, the league never attempted to interview Hunt about the incident in February. The Chiefs spoke with him, and apparently, that was good enough for the commissioner’s office. (Hunt admitted to lying to the Chiefs about his actions that night in an interview with ESPN Sunday.)

“This doesn't have to be a massive, complicated investigation. At a minimum, meet with him,” McCann told WEEI.com on the phone Monday. “And if that didn't happen, and it sounds like it didn't, I think it really invites the question: Why? Why would they not find a police report about an incident –– and they could've found out whether there was tape, because it was in a hotel, not someone's house –– but it's hard to know why they didn't at least want to meet with (Hunt). Maybe they delegated this to the Chiefs, which is problematic, because the Chiefs are not neutral. He's a star player, and they want to keep their star player in the lineup. I don't know if that's what happened, but it would be problematic if they delegated the fact-finding to a team.”

The NFL says it tried to contact Hunt’s alleged victim, but to no avail. The league also failed to procure the tape of the assault, which TMZ published Friday. The hotel wasn’t under obligation to give the tape to the league, and the Cleveland police say they didn’t acquire it, either, because they curiously prosecuted Hunt’s attack as a misdemeanor.

As we learned during the Ray Rice saga, the NFL doesn’t possess the legal standing to make another private business hand over any pieces of evidence during an investigation. But neither does TMZ, and somehow the gossip site was able to once again own the league’s investigators.

There are multiple reasons why the NFL would want to ignore the Hunt case. Domestic violence does not reflect well on the league whatsoever, and seemingly no owner would champion the NFL unnecessarily bringing the issue to the forefront. From a business standpoint, it’s apparent the NFL decided to brush Hunt’s violence aside, hoping it would go away –– or at least not come up again until the offseason. They were two months away from making it.

The league’s aggressive pursuit of Deflategate, meanwhile, was applauded by numerous owners. It also kept the NFL in the news for an entire calendar year, and best of all, there was no real scandal attached. There was drama without the risk of damage, except to Brady’s legacy.

But that’s not how any multibillion-dollar business should operate. Hunt, who’s currently on the commissioner’s exempt list, will be disciplined by Article 46 of the CBA. The same clause was used to suspend Brady for four games.

“If the explanation is, 'One is about competition and fair play,' then that's fine. But Article 46 is the same disciplinary policy,” McCann said. “The league enforces this policy for all sorts of things, ranging from serious and disturbing matters of domestic violence to seemingly harmless equipment issues that take on a disciplinary component. To me, it's strange the league wouldn't at least meet with (Hunt). It doesn't take 66 witnesses or an engineering firm. It could've just been a meeting. And if that didn't happen, the league is going to have to explain why.”

Up until the Hunt saga, Goodell’s standing seemed to be more secure than at any point in recent memory. He’s been rewarded with a new contract and ratings are up this season. His unilateral disciplinary control is stronger than ever, too, thanks to the Deflategate ruling.

But still, McCann doesn’t think a favorable court ruing excuses Goodell’s handling of Deflategate, especially when compared to his seeming laissez-faire approach to cases of violence against women.

“The handling of Deflategate was poor,” McCann said. “There's such a disconnect between the fact that science indicated there was no football deflation, and yet the league spent considerable resources pursuing it. I think we have to question judgment when a commissioner pursues that path. I'd like to think a different commissioner would have dropped it, or alternatively, purpose a punishment that's appropriate.”

Hunt will probably be sidelined for longer than six games, according to NFL Media’s Ian Rapoport. But once again, when it comes to domestic violence, the league is playing catch up.