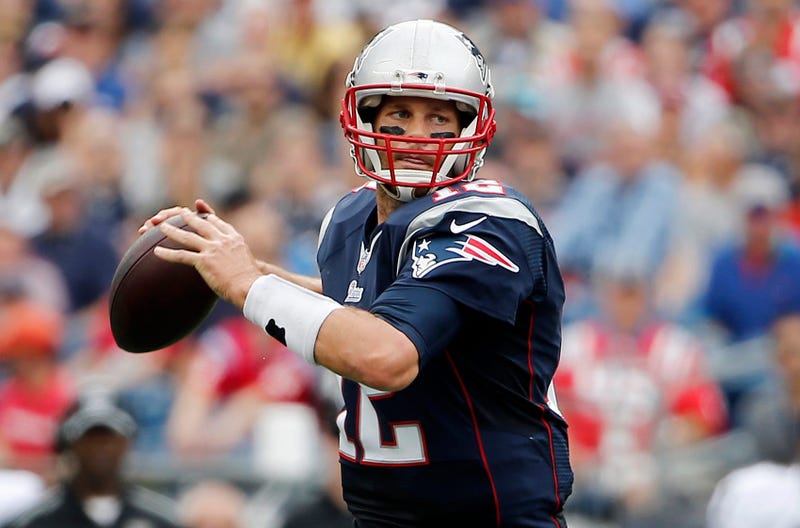 It’s obvious Bill Belichick wasn’t infatuated with any quarterbacks the Patriots could’ve selected in the early rounds of the NFL Draft this year. New England didn’t take a pass-thrower until late Saturday, watching all of Tom Brady’s rumored successors land with other teams.

There are reasons to criticize the Patriots’ approach to the draft. But passing on players they didn't like at a position where they have the best player ever is not objectionable. In fact, it is rather logical.

Tom Brady won the MVP last season and enjoyed one of the best playoff runs of his career. There is absolutely no indication he’ll slip significantly in 2018 –– despite the dire scouting reports presented by anonymous team staffers in Seth Wickersham’s January expose. Brady has been defying age for the last half-decade. At 41, based on the way he played last season, he will likely be great once again.

Agent Don Yee seemingly confirmed Brady’s return last week, saying his client “expects” to be back. So much for lost conviction.

Brady’s projected presence means the backup quarterback this season will exclusively play at the end of blowouts. Remember, Brady hasn’t missed a single game due to injury since he tore his ACL in 2008. You would think that fact alone would warrant Alex Guerrero an office in the locker room or at least a spot on the sidelines.

With Brady’s situation settled, the Patriots entered the draft with far more pressing immediate needs than filling out their QB depth chart. They lost their starting left tackle and No. 2 cornerback to free agency this offseason. Both needs were addressed, with the selections of offensive lineman Isaiah Wynn (No. 23) and corner Duke Dawson (No. 56) –– as well as the acquisition of tackle Trent Brown.

The Patriots, who gave up 44 points to Nick Foles in Super Bowl LII, curiously did not address their front-seven during the opening three rounds. They didn’t choose a single player from No. 56 –– No. 143. That was Belichick’s greatest draft sin. Surely, there was a player in there who could’ve helped the team in some capacity this year. During the previous three years, the Patriots only selected three players total in the first two rounds of the draft. They missed an opportunity to restock, dealing their additional second-round pick and out of the third-round entirely. New England also moved down from No. 41, obfuscating the return of the Jimmy Garoppolo trade (taking away an easy talk radio argument. Dammit).

Belichick has operated with a long-term vision this entire offseason. He’s not acting more aggressively because of Brady’s age. To some extent, that’s a positive. The Patriots have never overpaid for sentimentality and familiarity. Belichick has never signed guys like Danny Amendola and Dion Lewis to market value deals. His cold-bloodedness was a sign of normalcy during a turbulent late-winter and early spring.

But still: there wasn’t a single player available from No. 56 –– No. 143 that would’ve been able to contribute to the 2018 Patriots? That is hard to believe.

The quarterback situation is different, because the Patriots were dealing with a much smaller pool of players. It’s also apparent every other team was similarly disillusioned with this QB class beyond the five who were selected in the first-round. After the Ravens picked up Lamar Jackson with the No. 32 overall pick, another quarterback didn’t come off the board until Mason Rudolph at No. 76. Rumored Patriots target Kyle Lauletta didn’t go until the fourth-round. Nick Falk got taken off the board with the No. 199 pick. Players drafted in that spot don’t usually make it, except for one notable exception.

As fun as it is to speculate about Belichick purposefully holding off on picking Brady’s replacement to jab at Robert Kraft, that seems fantastical. Belichick has shown this offseason he still holds a penchant for planning years down the line at the expense of improving immediately.

Outside of Jackson, whom the Patriots clearly didn’t value as a first-round talent, they weren’t seriously tied to any other QB’s. Barring unforeseen circumstances, Belichick will get another crack at picking Brady’s heir apparent. It makes little sense for him to draft a player he doesn’t believe in –– as much as it would’ve benefitted the ongoing Patriots melodrama.