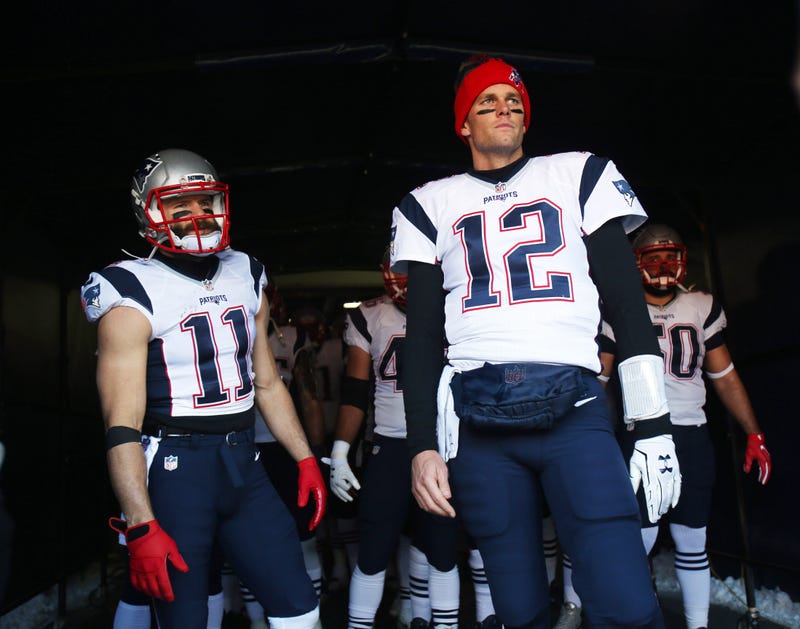 It’s tempting to tie Julian Edelman’s pending PED suspension to his work with Tom Brady’s enigmatic health guru, Alex Guerrero. There’s Guerrero’s checkered history with the Federal Trade Commission, which has sanctioned him twice for promoting fraudulent substances. On top of that, Bill Belichick blacklisted Guerrero from the Patriots last season, barring him from team facilities.

When Edelman’s positive drug test was first reported, scores of media members brought up his affiliation with TB12. They said it “raises questions,” implying that Brady and Guerrero are peddling PEDs just footsteps away from Gillette Stadium.

It’s empty speculation, and frankly, cowardly. If you think the TB12 Method includes regular doses of HGH, just come out and say it.

There’s no doubt Guerrero’s background is shady. His degree in traditional Chinese medicine comes from the now-defunct Samra University of Oriental Medicine. In 2004, the FTC sued Guerrero for falsely claiming a supplement could cure terminal illness. Later, the FTC nabbed Guerrero for producing a phony Brady-endorsed concussion recovery beverage, and ordered him to shut it down.

While large portions of the TB12 Method are perfectly mainstream –– veganism, pliability work –– it also has some kooky aspects: the debunked acid-alkaline diet, brain games, drinking water can prevent sunburns. It creates the perception that Guerrero is a duplicitous snake-oil salesman who sells quackery.

Maybe that’s true. But it doesn’t offer any connection to PEDs. If Edelman’s positive drug test is enough to disparage Guerrero, then NFL training staffs across the league should be held culpable when their players test positive for banned substances. There's a lot more evidence they recklessly dispense drugs than Guerrero.

Last year, the DEA determined several NFL teams violated laws for impulsively handing out painkillers to players –– and then covering it up. “Teams dispensed painkillers and prescription-strength anti-inflammatories in numbers far beyond anything previously acknowledged or made public,” the Washington Post reports.

The filing likened the painkillers to performance-enhancers, because their use was so widespread. The Vikings’ head trainer, Eric Sugarman, once complained in a memo they were at a competitive disadvantage, because they didn’t hand out as much Vicodin as other teams.

But yet, when non-TB12-affiliated players test positive, the “questions” aren’t “raised.” Nobody was denigrating the Saints when running back Mark Ingram was suspended for PEDs last month, even though the DEA investigated New Orleans in 2010 for the alleged coverup of an assistant coach stealing Vicodin from their locker room.

The point of mentioning those offenses is to show that one crime does not lead to another. Guerrero’s sins are not tied to PEDs. His known track record is clean in that regard.

The extent of Edelman’s relationship with Guerrero is also unknown. Publicly, he’s been one of Guerrero’s most ardent advocates, even dubbing him “Mr. Miyaga” in an Instagram video. But that doesn’t mean Guerrero is always around Edelman –– like he is with Brady. NBC Sports Boston’s Tom Curran reports Edelman actually spent less time at the TB12 center this offseason.

It’s possible Edelman is taking substances without Guerrero’s knowledge. That’s precisely what Guerrero claims in his statement. "I’ve known Julian since his rookie year and he is a phenomenal athlete who takes his training seriously—it’s disappointing to hear today’s news,” it reads. “Elite athletes sometimes work with multiple coaches and health professionals as part of their training.

"Here at our facility, we take a natural, holistic, appropriate and, above all, legal approach to training and recovery for all of our clients. And anyone who would suggest otherwise is irresponsible, and just plain wrong."

Under usual circumstances, Edelman’s PED violation would likely be met with one big shrug. He’s a 32-year-old slot receiver coming off an ACL tear. It’s feasible to believe he would want some help getting his body right again.

This is a story about another football player who’s withstood incredible punishment and wants to get back on the field as quickly as possible. The dots to the grand TB12 conspiracy don’t connect.