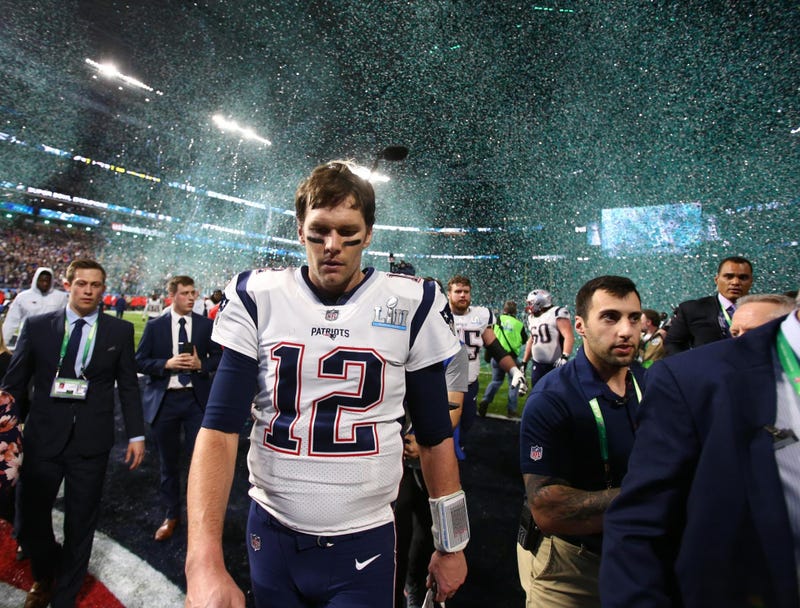 It is widely assumed that Tom Brady has a tangible end game for making the Patriots wait on his official status for the upcoming season. Maybe Brady wants to strong-arm Bill Belichick into reinstating Alex Guerrero’s access to the team, once again permitting the quarterback’s guru to perform deep tissue massages in the Patriots’ locker room opposed to some random suit. Or perhaps Brady wants to rework his contract, which is slated to pay him an annual average of $14 million over the next two years.

Neither of those scenarios seem likely. Belichick doesn’t acquiesce to demands, even from the GOAT. Guerrero reportedly tried to undermine the Patriots’ training staff and convert players to the TB12 Method. It’s easy to understand why Belichick would have little use for that.

As far as Brady’s contract is concerned, he’s still signed for two more years at reasonable money. His newfound penchant for hinting retirement probably doesn’t give the Patriots a lot of motivation to extend him further.

Most of all, Brady doesn’t appear poised to get either of those supposed demands, because nobody seems to think he actually won’t play this season. The best Adam Schefter could get is a couple of sources who “believe” Brady will take the field, but “cannot say for sure.”

On top of that, Brady has reportedly been training all offseason long and plans to run a passing camp with teammates in Montana this summer. He also committed to returning after the Super Bowl.

That sounds a lot more definitive than Brady’s rumination about losing conviction at the end of “Tom vs. Time.”

So what could be pushing Brady to play these mind games? Sweet, sweet revenge. That’s right: Brady might just want to annoy Belichick a little bit. It is perfectly understandable, given the events of the last four years.

When introducing Garoppolo, Belichick infamously mentioned Brady’s age and contract situation. Those words almost certainly didn’t just slip from Belichick's mouth. He seemingly wanted the message out there that Garoppolo could be Brady’s heir apparent.

Brady responded with one of his best seasons in years, leading the Patriots to their first Super Bowl win in a decade. As a thank you, when Deflategate first propped up after the AFC championship, Belichick pinned all of the questions on his quarterback.

“Tom’s personal preferences on footballs are something he can talk about in detail,” Belichick said in a lengthy denial about knowing anything about how the team’s balls are prepared before game time.

Two days later, Belichick turned into America’s most convincing science professor and introduced the masses to the Ideal Gas Law –– exonerating Brady from blame. But still, it was remarkable that Belichick didn’t immediately cover for Brady. He left him out there to answer questions on his own.

Deflategate is briefly addressed in Seth Wickersham’s Patriots expose, which turned rumors of friction between Belichick and Brady into a full-blown soap opera. In it, Wickersham writes “many staffers” in the Patriots' building believe there was truth to the allegations. He also reports that Robert Kraft says he went too far in his attacks against the league in an effort to placate the fans.

Many of Wickersham’s sources paint Brady in a negative light. In one paragraph alone, the TB12 Method is questioned, Brady is blamed for Chris Hogan’s injury, and an anonymous staffer emphasizes Brady’s fragility.

“Atypically, (Brady) has missed a lot of practices and, in the team's private evaluations, is showing the slippage of a 40-year-old quarterback even as he is contending for MVP and is as deadly as ever with the game on the line,” the salvo reads. “Injuries to his shoulder and Achilles have done more than undermine claims that the TB12 Method can help you play football virtually pain-free. Subtle changes have at times hampered the offense and affected the depth chart. On a fourth-quarter play against the Los Angeles Chargers, for instance, Brady had a clean pocket and a first read open deep, possibly for a touchdown. But Brady got rid of the ball quickly over the middle to receiver Chris Hogan, who had nowhere to run and was hit hard, injuring his shoulder. He missed all but one game of the rest of the season. “‘Tom was trying to get it out quick,’ a Patriots staffer says. "As fragility has increased, nervousness has also increased.’”

That is not a favorable portrayal of a 40-year-old quarterback who went on to win the MVP and nearly led the Patriots to their sixth Super Bowl victory. The Patriots would’ve probably defeated the Eagles, too, if Malcolm Butler were on the field. Danny Amendola told ESPN’s Mike Reiss last week the surprise Butler benching hurt many of his teammates. Brady, who showed support for Butler on Instagram, might feel the same way.

At the least, one can imagine Brady’s unhappiness over the Guerrero situation. Belichick banished Guerrero from the sidelines last season and also barred him from traveling with the team.

There is little separating Brady and Guerrero at this juncture. They are business partners and confidantes. A shot at Guerrero is a shot at TB12.

Brady’s options for vengeance are limited, especially because of his apparent loyalty towards Kraft. But over the last few years, Belichick has made him sweat –– from drafting Garoppolo to exiling Guerrero. Brady, because he’s a human being, might want to return the favor.

This is the best way to do it.