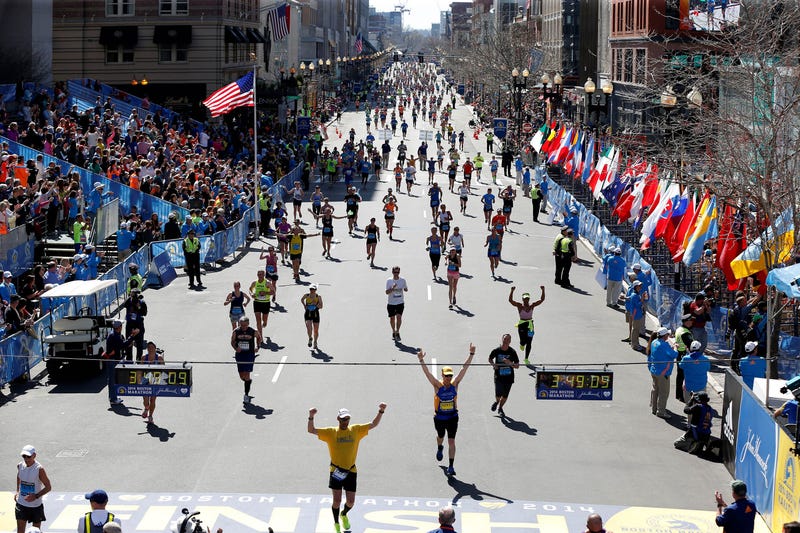 The Boston Globe is conducting an internal review of columnist Kevin Cullen’s work after “Kirk & Callahan” revealed he seemingly embellished and fabricated stories about the Boston Marathon bombings.

"We take seriously any credible assertion about the integrity of our journalism. We are conducting a review, and if the record needs to be corrected in any way, we will do so forthrightly,” the Globe’s statement reads, per WBZ’s David Wade.

Kirk Minihane and producer Chris Curtis have unearthed several inconsistencies in Cullen’s post-Marathon reporting. In his first column about the bombings on April 16, 2013, “A perfect Marathon day, then the unimaginable,” Cullen writes as if he was at the finish line when the explosions happened.

“It was alternately poignant and horrifying to watch as first responders frantically pulled metal barriers and the flags of so many different countries down into Boylston Street in a desperate rush to get to the dead and the injured on the sidewalk,” he writes. “Those flags looked like victims, splayed on Boylston Street as the acrid smoke hung in the air.”

In a subsequent interview with BBC, however, Cullen says he was “one mile away” from the finish line when the bombs went off. In a phone conversation with Minihane this week, Cullen said he didn’t get to the scene until a couple of hours later.

Cullen has also apparently fabricated details about the Richard family, whose eight-year-old son lost his life in the explosions. The family’s daughter also lost her leg.

In Cullen’s first post-Marathon column, he writes that Bill Richard, the father of Martin Richard, ran the race that day.

“I went out Monday night and bumped into some firefighters I know,” Cullen writes. “They said one of the dead was an 8-year-old boy from Dorchester who had gone out to hug his dad after he crossed the finish line. The dad walked on; the boy went back to the sidewalk to join his mom and his little sister. And then the bomb went off. The boy was killed. His sister’s leg was blown off. His mother was badly injured. That’s just one ­family, one story.”

Bill Richard did not run the Marathon in 2013.

In the aforementioned BBC interview, Cullen also appears to make up details regarding Jane Richard. He says he knows the “young firefighter” who carried Richard to the ambulance after she had lost her leg. Except, the actual firefighter who rescued Richard, Matt Patterson, told Minihane he doesn’t know Cullen.

Last weekend, Cullen published a five-year remembrance piece about the bombings. “I can smell Patriots Day, 2013. I can hear it. God, can I hear it, whenever multiple fire engines or ambulances are racing to a scene,” he writes.

“I can taste it, when I’m around a campfire and embers create a certain sensation.

“I can see it, when I bump into survivors, which happens with more regularity than I could ever have imagined. And I can touch it, when I grab those survivors’ hands or their shoulders.”