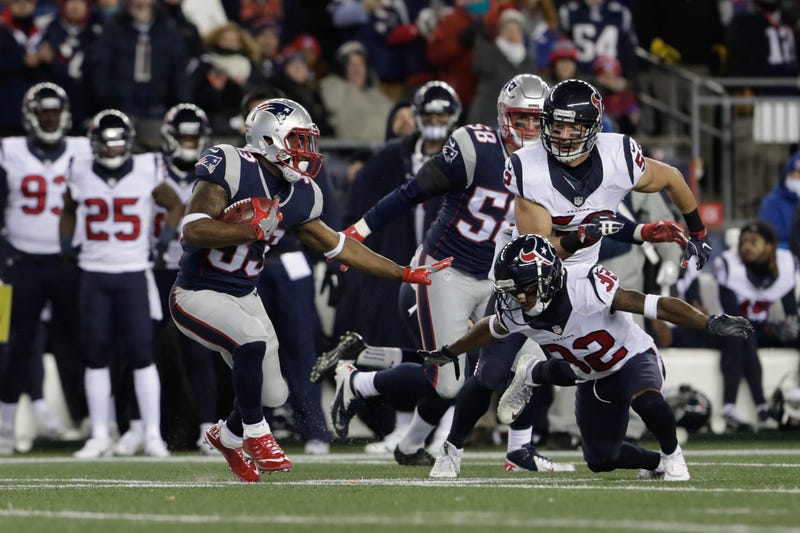 Up to this point, the NFL’s player safety initiatives have tweaked how the game is played. But the league’s latest rule change, and a mandate from the competition committee, could dramatically overhaul football as we know it –– and not for the better.

At the NFL annual meetings this week, league owners approved a rule that aims to take head-first collisions out of the game. The new rule says it will now be a foul for players to lower their heads and initiate contact with their helmets against opponents. Think about that for a moment: every time a player lowers his head, whether on a tackle or quarterback sneak, he could be penalized.

It probably won’t end up being enforced in that stringent fashion. More likely, the rule will only be invoked when an egregious helmet-to-helmet hit occurs. But that introduces even more subjectivity to officiating, which is never a good thing.

The league’s motives are laudable. Falcons president and competition committee chairman Rich McKay said they want to eliminate the helmet-to-helmet collisions and the mentality that propels defensive players to spear their opponents. But in return, the quality of play will likely suffer.

And therein lies the push-pull the NFL faces whenever it wants to introduce more player safety initiatives. Oftentimes, they dilute the product, resulting in more penalties and replay reviews. Fans are in favor of the concepts until they negatively affect the games every Sunday.

Despite the increased emphasis on player safety, last season was especially brutal for the league. Numerous star players missed time due to injuries, and Steelers linebacker Ryan Shazier was nearly paralyzed on the field. There were 291 listed concussions as well.

In order to further rectify the problem, Packers president Mark Murphy, who’s on the competition committee, said Wednesday the league is seriously considering the elimination of kickoffs –– football’s most dangerous play. While moving touchbacks to the 25-yard line has decreased the number of returns, the actions beforehand are still dangerous. Concussion rates on kickoffs are still five times higher than other plays.

“The other thing that's kind of frustrating, is there were concussions on touchbacks,” Murphy said, per ESPN. “So even though there's no return, (the committee is) looking at what kind of things you can do to make sure people were aware that there's not even a return. You see this, too: One player lets up, the player covering lets up, and one of the blockers comes over and, you know. That creates problems when you've got one player going half-speed and the other one full speed.”

If kickoffs are expunged, the importance of special teams will be greatly mitigated. That probably means fewer jobs for players, which the union almost certainly wouldn’t be pleased about. Seemingly every measure to enhance player safety carries a consequence.

The NFL is at a critical point, and must decide how many consequences its willing to withstand in order to refurbish an inherently violent game.