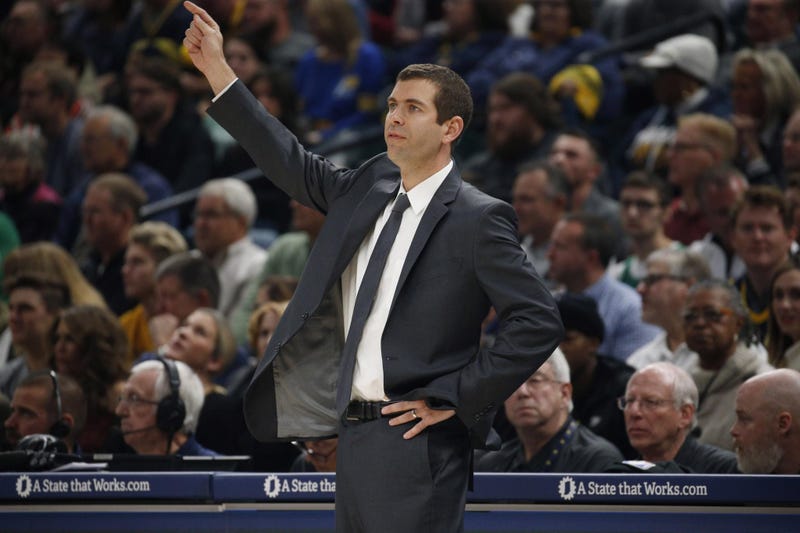 Brad Stevens is often lauded as one of the best coaches in the NBA. Hall of Fame big man Robert Parish thinks that’s ridiculous.

In an interview with SiriusXM, the Celtics legend said Stevens can’t be considered one of the game’s great coaches until he wins a championship. “I think he gets a little too much praise, but I like what he’s doing,” Parish said, per ESPN. “They’re giving him all the love like he won three or four championships. Come on now. Win something first, with all the love he’s getting. Now granted, don’t get me wrong, he’s a solid coach, I’ll give him that. The love he’s getting from the media, you’d think the Celtics won two or three championships. You would think.”

Stevens, for his part, pushes back against the praise he’s received for the team’s success. Instead, he says it should go to the players, who are on the court winning games.

It’s condescending to keep acting surprised whenever the Celtics pull out a big win. Even without Kyrie Irving and Gordon Hayward, this is a good team with good players –– led by perennial All-Star Al Horford and two No. 3 overall picks, Jaylen Brown and Jayson Tatum.

The Celtics held LeBron James to 15 points and minus-32 in Game 1. Entering the series, James was averaging 34.3 points per game this postseason to go along with 9.4 rebounds and 9 assists. Defenders can’t just stifle James with hustle. They have to be talented as well.

In the words of Jeff Van Gundy, who’s picked the Celtics to win in five games, they’re the better and deeper team. And yes, Stevens is part of their advantage. Though he’s never won a championship, he’s demonstrated his acumen with tactful schemes and brilliant plays out of timeouts. Plus, he gets the most out of his players, which is how every coach should be judged.

“I’m not saying Brad Stevens should not be getting praise for the job that he’s done because I feel like he’s done an outstanding job,” he explained. “I’m just saying, the amount of praise he’s getting, you’d think he won a championship or two. They don’t give Steve Kerr that much love. Come on.”