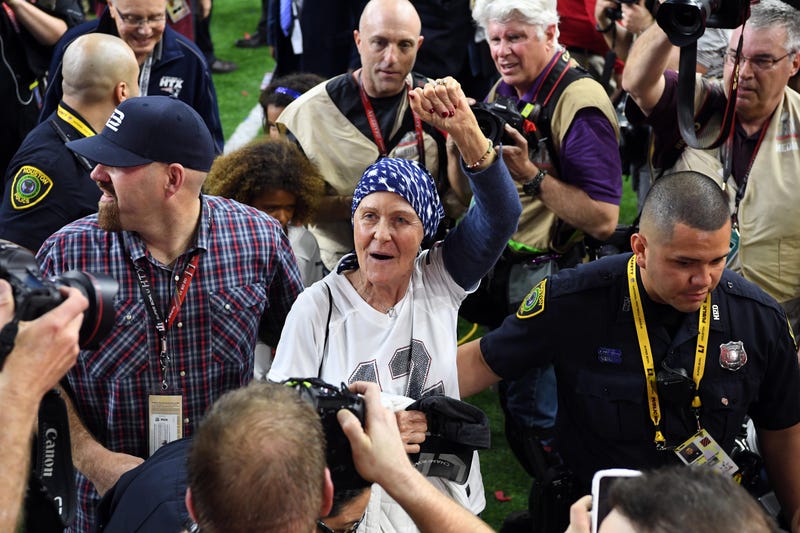 Like most people, Tom Brady has been personally affected by the horrors of cancer. His mother, Galynn, battled breast cancer throughout the 2016 campaign, missing all of the Patriots’ regular season games for the first time ever. She was able to make it to the Super Bowl, where she witnessed her son pull off the greatest comeback in NFL history.

Brady joined “Kirk & Callahan” Tuesday as part of the WEEI Jimmy-Fund Radio Telethon, and gave an update on his mom’s condition. He says her cancer remains in remission.

“She’s doing well. She gets her scans every three months, and she’s really done well,” he said. “It’s been a while since she finished her treatments. We’re always praying and hoping they come back clean. So far they have, and we’re very blessed. It’s touched our lives, and it’s touched my mom’s life, and it gives you perspective on life when you go through those things. I think we’re very thankful for all the people who supported her, and for all the people who are doing great work in the world.”

Though seeing his mother battle cancer was a harrowing experience, Brady says it helped put his life into perspective.

“You see firsthand how everyone deals with different adversities, and you deal with different things, but nothing like life and death,” he explained. “Ultimately, that’s what matters in life. You don’t sweat the small things in life, at least I try not to. You think about the big things, and that’s who you love and care about, the things they’re going through, and how they’re managing the adversities and stress in their life. That really puts to the test, at least our family was at different times. With this particular instance, with my mom, my dad was there for her every step of the way. My sisters who were in close proximity with my mom, they were there for her –– whatever she needed. I think that’s great for families to come together in different instances. Sometimes it takes big things like that for people to come together and spend more time and quality time (with each other) and say, ‘Why are we taking these things for granted?’ When you go through it, you don’t take those things for granted as much as maybe you do when you have an experience in life like we did.”