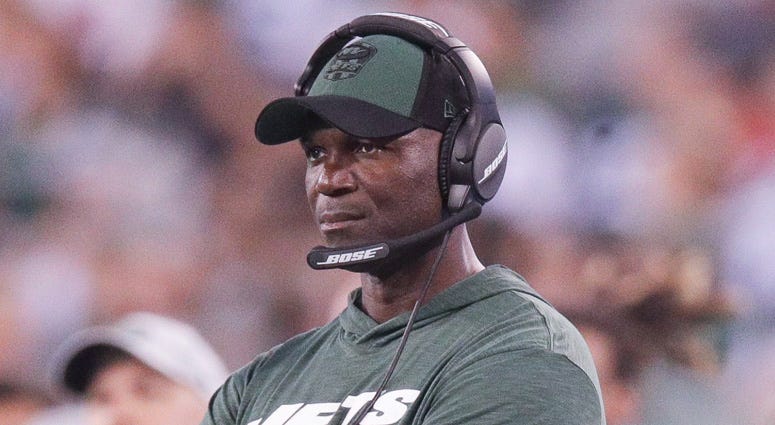 The NFL is an overwhelmingly black league with only two African-American coaches right now. That is a big problem.

The lack of diversity on NFL sidelines and front offices came to light this week with the firing of five black coaches at the end of the season: Hue Jackson, Todd Bowles, Steve Wilks, Vance Joseph and Marvin Lewis. Individually, all five of these coaches deserved to lose their jobs. But that’s missing the point. This is about opportunity, and right now, it’s apparent minority candidates are getting grossly overlooked.

As the Boston Globe’s Ben Volin notes, the NFL is 70-percent black. Yet, the only minority head coaches are Anthony Lynn (Chargers), Mike Tomlin (Steelers) and Ron Rivera (Panthers). Even more egregiously, there is only one black general manager, Dolphins GM Chris Grier. Reggie McKenzie was fired from the Raiders and Ozzie Newsome will retire when the Ravens’ season ends.

And this problem doesn’t seem like it’s ending any time soon. Of the 20 head coaches hired over the last three years, 15 have offensive backgrounds. Right now, there are only four African-American offensive coordinators and quarterback coaches.

There are three explanations for the dearth of black decision-makers in comparison to the number of black players in the league: They’re largely uninterested in getting into coaching or football management, they’re incapable of rising through the ranks, or they’re not given an equal chance to compete for these high-powered jobs.

The third answer is the only plausible response, and it’s not just the Social Justice Warrior crowd that’s making the case. The NFL agrees.

In December, the league announced it’s beefing up the Rooney Rule, which was implemented in 2003 to ensure that at least one minority candidate would be interviewed for each head coaching or senior football management vacancy. Most notably, clubs must now interview at least one diverse candidate from the Career Development Advisory Panel list or a diverse candidate not currently employed by the team. In the past, teams have attempted to skirt the Rooney Rule by granting courtesy interviews to minority in-house coaches who weren’t true contenders for the head coach position.

In other words, the Rooney Rule started to become a box for team executives to check off during their coaching searches. No more.

Gerry Callahan and his ilk will argue that race shouldn’t matter when it comes to selecting head coaches. He says the NFL is the ultimate meritocracy. But the lack of blacks in prominent management positions –– again, there is only one black GM at the moment –– says that isn’t true. Presumably, there is more than one black person in the world who can put together an NFL roster. They aren’t given the chance to get through the door. These barriers of entry exist across Corporate America and in our politics.

Case in point: as of January 2018, there were only three black CEOs of Fortune 500 companies. There are just 24 women CEOs, even though women comprise 50.8 percent of the population.

It’s important for decision-makers to reflect the makeup of their workforce. It allows folks with diverse and different perspectives to be in positions for power.

When LeBron James says the NFL has a “slave mentality,” this epidemic is partially what he’s referring to. The vast majority of NFL players are black, and almost all of the power brokers are white.

That doesn’t add up. Black players serve as faces of the league when they’re active, but they largely fade to the background in retirement. This reality must change.