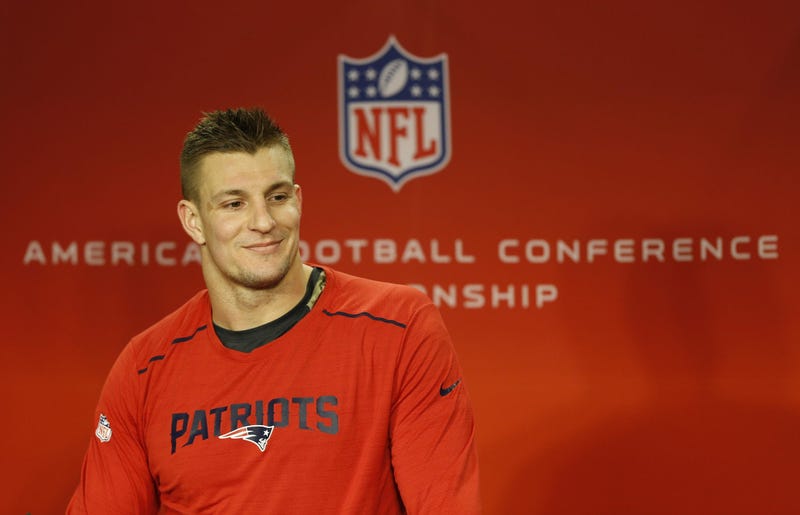 It’s been a busy Thursday on social media for Rob Gronkowski.

First, he posted an Instagram photo of himself with a caption for those who aren’t fed up with his cryptic messages by now to interpret.

“You see the play, you see the fun, you seen me go down HARD. They been saying for years I wouldn’t last since their eyes -- 1st saw it all. Just cause ya can’t do it, don’t mean I can’t. It’s all about putting that sweat -- and tears -- in before hitting that stage. I know I can get outta control, but I’m in control! #BandsAmakeHerDance,” he captioned the photo.

OK, so for anyone who still wants to break these down, let’s go line by line.

It sounds like he’s talking about football in the first sentence. Patriots fans see him play and have fun but he also gets hurt and sacrifices himself for the game. As “hard” is in all caps, that is the most important part of this sentence and he wants us to know he gives football everything he has.

He then says he has proven people who doubted him wrong and uses the same eyes emoji Isaiah Thomas used to suggest the Celtics were about to make a move so what could that mean?????

“Just cause ya can’t do it, don’t mean I can’t” could apply to the NFL or the WWE and people who thought he couldn’t be successful in the NFL or people who don’t think he can be a WWE superstar.

“It’s all about putting that sweat -- and tears -- in before hitting that stage”: This one is interesting because the stage applies more to the WWE or his rumored film career. He could still be talking about football, but he could have said field and he didn’t!!!!

“I know I can get outta control, but I’m in control! #BandsAmakeHerDance” likely refers to his contract situation and being in control of his future. This makes it seem like he knows exactly what he wants to do next. Mojo Rawley already established “Bands A Make Her Dance” refers to working out with elastic exercise bands so with that hashtag, Gronkowski seems to say he’s working hard to get in the best shape possible for whatever he does next.

Based on the picture itself, maybe he wants to leave the NFL to be a model. WHO KNOWS.

Anyway, Gronkowski also took to Twitter and posted his appreciation for the brawl between the Red Sox and Yankees Wednesday night.

“Sox vs Yankees brawls/rivalry is back. The action I love to see!,” Gronkowski tweeted.

He mentioned fighting so could this mean he’s going to the WWE???????

Only time will tell. All of this could mean nothing.