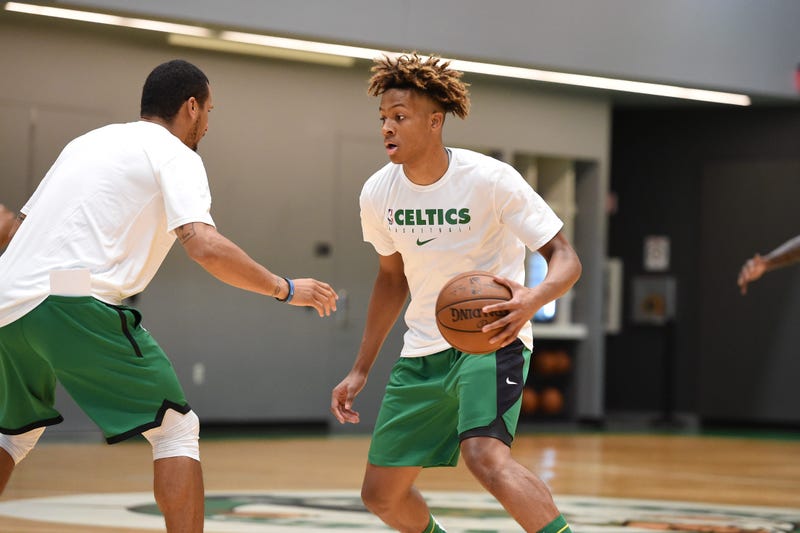 Robert Williams tweaked his groin during the Celtics’ pre-practice work on Tuesday. He received MRI, but the Celtics aren’t concerned.

“(Team doctors) didn’t think it was anything big,” Brad Stevens said. “He wasn’t going full speed or anything when it happened.”

There were a few Celtics who did go full speed at practice on Monday after sitting out Sunday’s preseason opener against the Hornets.

Romeo Langford was live from start to finish for the first time. He had yet to play 5-on-5 because he’d tweaked his groin.

“I thought he did a lot of good things (today),” Stevens said. “It was encouraging. In some ways, maybe it’s good to watch for five days and get your feet wet that way.”

Daniel Theis was also active. He missed the preseason opener with an abductor strain.