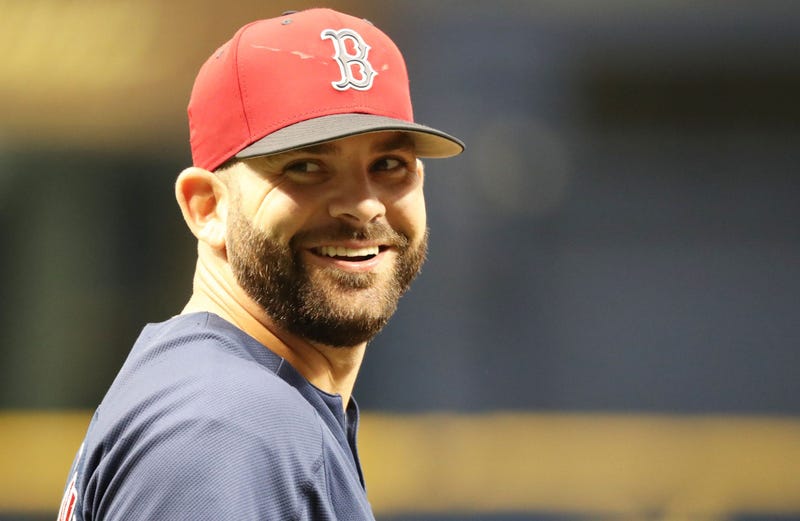 Watching and listening to Mitch Moreland it sure seems like he is ready to participate as an active member of the Red Sox for the American League Championship Series.

The first baseman participated in some light running and fielding drills to test his ailing hamstring, which kept Moreland out of the final two games against the Yankees in the American League Division Series. After his final jog around the bases, he consulted with manager Alex Cora, who then talked with the president of baseball operations Dave Dombrowski.

After testing hamstring Moreland optimistic will be able to play in ALCS pic.twitter.com/teAmLejuln

Later in the clubhouse, Moreland sounded like a player who would be ready to go for Saturday's series opener at Fenway Park.

"It went good," he said. "Obviously I had turfs on. They just wanted me to feel it out there and at first and pick it up as I went. Last one I did a little bit more effort level, got on it, 60-70-80 percent, right in that range, and I hadn’t felt it at all. It’s constantly getting better, day in and day out. On the right track."

Moreland added, "Obviously it’s something I’m going to have to be aware of, be smart with, but if I get the opportunity I think I’ll be ready."

Cora insinuated that if Moreland wasn't ready to go the team's replacement on the 25-man roster would likely be a pitcher. Bobby Poyner, Brian Johnson, Drew Pomeranz and Hector Velazquez would all be candidates to be activated.