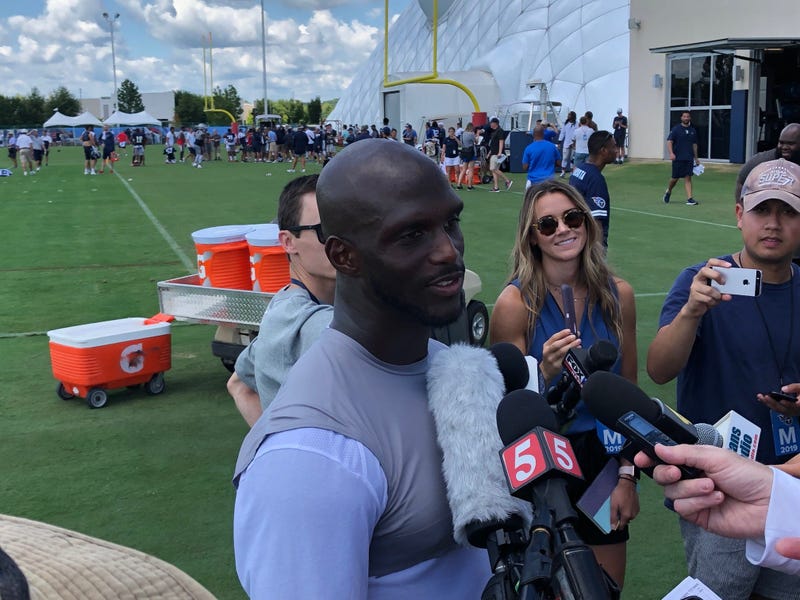 Last Thursday was a roller coaster of a day for cornerback Jason McCourty.

The Browns informed the 30-year-old he was being released after just one season early in the afternoon, but then by the end of the day he was traded to the Patriots where he will join his twin brother Devin.

Devin was actually the one who told Jason he was being traded to the Patriots.

"So I got the call that I was going to be released," Jason said on a conference call Tuesday. "I told him and told my wife and we were all doing us. Then I left to go workout and about an hour later I get a FaceTime from Dev and he’s just like – well as soon as I got released he showed me he texted Flo [Brian Flores] and was just like, ‘Man, how do we get Jason to New England?’ Dev said, ‘I’m going to text Bill [Belichick],’ so I think he hit up Bill about it, but I think at that point the trade was already in the process. Then I get a FaceTime from Dev while I’m working out and he was just like, ‘Yo, don’t worry about it. We’re going to trade for you. You’re coming to New England.’

"I was just kind of looking at him because I thought he was joking around. Probably about five minutes later I get a call from John Dorsey, the GM in Cleveland, and he’s like, ‘I got some news for you. We’re not going to release you, so we’re going to trade you to New England.’ It was, I guess, a roller coaster type of day."

Jason added he thought he might have joined the Patriots last year and when he didn't, he and Devin thought the two might not ever play together again.

"I think for both of us last year was an opportunity but the timing just, obviously, didn’t make sense for New England," Jason said. "They were in a situation where they had Steph [Stephon Gilmore], who’s a really, really good player. Malcolm [Butler] was a really, really good player. Also, [Eric] Rowe and a bunch of other guys. It really wasn’t a good opportunity for either side, so I think at that point in my mind I was just like, ‘I don’t know if this things ever going to happen.’"

Even though Jason is 30 years old, he says he won't come in and try to immediately be a leader, he's just going to be himself.

"I think right now, for myself, I’m not going to go in with any expectations in regards to that," Jason said. "I just want to go be myself, get there, get accustomed to the guys in the locker room, not try to go in there and say, ‘I’m this 10-year veteran and I’ve been a leader here. Let me lead you guys.’ But just going in and being myself and get to know them to figure out what my niche is and where I’m going to fit in on the team, so I’m just kind of going in open-minded, ready to work and just ready to do whatever it takes to help the team succeed."

Jason will likely be the No. 3 corner with the Patriots behind Stephon Gilmore and Eric Rowe.