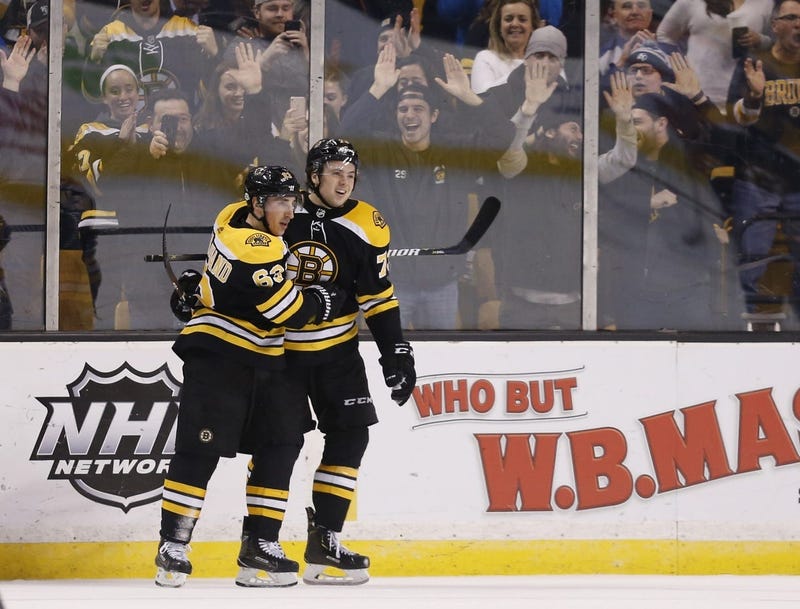 The Bruins found an obvious keeper in Charlie McAvoy.

In just his first full NHL season, we’ve hit the point where McAvoy’s full display of his extraordinary offensive instincts are expected, and where his elite play (along with pairing partner Zdeno Chara) against some of the league’s top competition has consistently flown under the radar.

But Tuesday’s overtime goal against the Hurricanes allowed the 20-year-old to hit a milestone few in a B’s jersey have accomplished in the team’s near century-long history.

First, McAvoy’s strike made him the youngest defenseman in franchise history to score an overtime goal, and that includes regular season and postseason goals alike. But with the goal being McAvoy’s 30th point of the year, McAvoy also became just the fifth defender in B’s history to record at least 30 points in their Age-20 or younger season.

The other four? Greg Hawgood, Glen Wesley, Ray Bourque, and the one and only Bobby Orr. That’s some truly elite company, particularly at the end.

It could not have come at a better time for the B's, too, who snapped their two-game slide with McAvoy's overtime goal.

“We’re kind of expecting to get everyone’s best seeing where we’re at,” McAvoy said of the Bruins getting back on track Tuesday night. “The way that things have gone this year we got to be ready for it and we have to have better starts, we don’t want to slip back into the place we were maybe a month-and-a-half ago where our starts were our problem, we got to address that. We did in between periods, in the back-end especially.”

The key to the right-side breakout, McAvoy has shown a tremendous ability to adapt to forechecking pressures on a shift-by-shift basis, and make the necessary adjustments to push pace back the other way.

“We wanted to be better and more crisp on breakouts, better at advancing pucks, better transition,” McAvoy added. “I felt like we were able to do that in the second and third period, we were able to really swing transition, get back in the game and then win it.”

With seven goals and 30 points through 57 games this season, McAvoy's first-year campaign is currently the seventh-best by any Boston rookie blue liner.