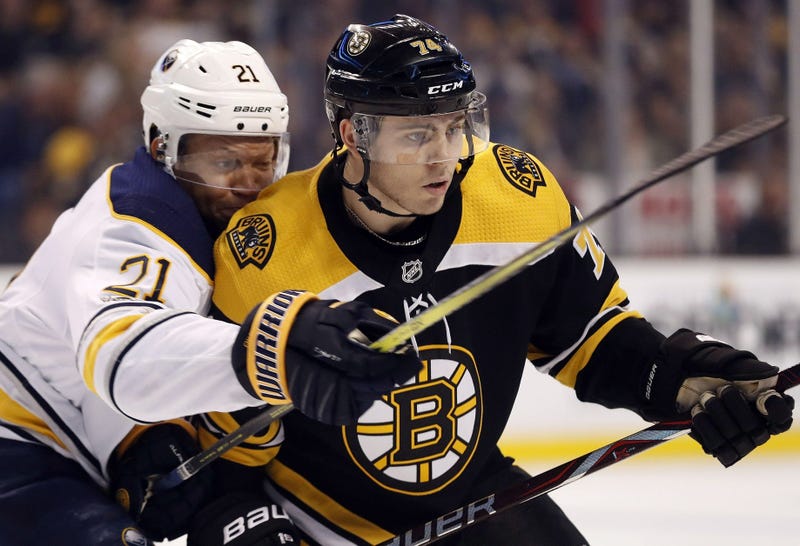 There’s a staggering 34 points of separation between the white-hot Bruins and the East-worst Sabres, making tonight’s TD Garden meeting between the longtime rivals your classic trap game. It may even be the greatest trap game to ever trap game.

But Bruce Cassidy’s Bruins have done a solid job of avoiding these letdowns against the seemingly inferior competition, with a 13-1-1 record against teams with a bottom-four point total in their respective conference, and 10-0-1 mark against those in the East.

“Every pregame and prescout, we touch on what the other team does well and where we think we would do well, then we talk about what we need to do. Tonight will be no different. Whatever the opponent is, we try to focus on our game,” Cassidy said of the Black and Gold’s pregame preparation against the opposition. “And right before the game we talk about individual players, their talents, tendencies and then off we go. I don't know if that's how we've avoided [trap games], but not worrying so much about the opposition and focus on your own group... that might have something to do with it.”

The Sabres, however, has been a little bit of a different challenge for the Bruins.

It was the Sabres that stole a win in Boston back in October in overtime, and while their most recent meeting was a close game that ended with a 3-0 final favoring the Bruins, the Sabres absolutely stormed Anton Khudobin and probably should have won. This matchup has been especially close in the Black and Gold’s barn, too, as the B’s and Sabres have split the last six head-to-head meetings on Boston ice.

In the start of a back-to-back concluding tomorrow night in New Jersey, the Bruins will roll with Tuukka Rask for tonight’s game. The 30-year-old Rask is carrying a 21-game point streak (he’s posted a 19-0-2 record) into tonight’s start, and enters play with a 13-5-1 record and .934 save percentage in 21 career games against Buffalo.

Noel Acciari (lower-body) and Kevan Miller (upper-body) both skated during today’s optional morning skate at Warrior Ice Arena, but neither will play tonight. Acciari, who admitted that he played through his injury for about two months before missing the last six games, is hopeful to get into action tomorrow night in Jersey. Miller, in the midst of a three-game absence, has been ruled out for the entire weekend.

This is the third of four meetings between the Bruins and Sabres this season.

Here are the expected lines and pairings for the Bruins…