Bill Belichick is responding with, basically, a shrug.

The Patriots quarterback has had a bumpy season, regressing from his rookie campaign as he went from having Josh McDaniels as his coordinator to Matt Patricia. And while he’s shown encouraging flashes this season, like on Thanksgiving against the Vikings, he’s also had some duds.

One such dud was Thursday’s ugly loss to the Buffalo Bills. Afterwards, Jones, in taking accountability, made a remark about the coaching staff.

“I think it’s accountability,” Jones said. “It starts with me. I want to be coached harder. I want to be a better player. The coaches have given us everything they’ve got. They’ve done everything to put us in position to win. But I want to hold everybody accountable, including myself.

“I think it’s tough, right? You get called out a little bit, you have to admit that you didn’t do your job. That’s part of the game. A lot of that blame falls on me. I didn’t do my best.”

Belichick was asked for his response to that in his weekly appearance on the “Greg Hill Show.”

“Yeah, well we coach everybody the best we can every week,” Belichick said. “That’s not going to change.”

Jones certainly isn’t absolved of all blame, but it’s hard to look at the changes that have transpired around him over the last year and not think that they’re contributing significantly to the inconsistencies.

We saw last year the promise that Jones has, but good coaching will go a long way in unlocking his potential. Given how this season has gone and how important Jones is to the Patriots’ success, maybe Belichick and Co. would be well-advised to consider making some changes. 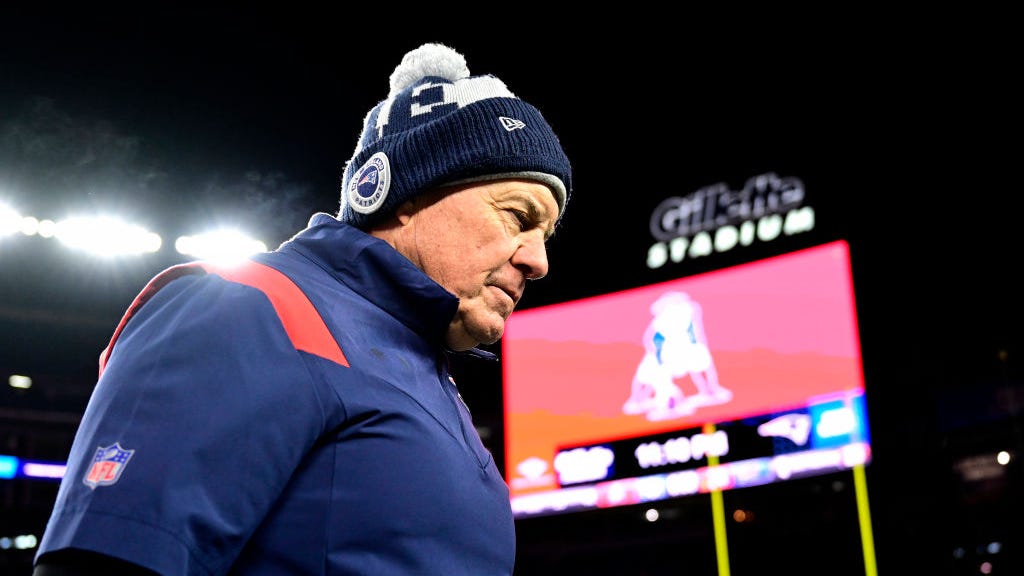 The Patriots have a problem, and it's spelled B-I-L-L