A study conducted by researchers at Boston University revealed late NFL receiver Demaryius Thomas, best known for his nine-year stint with the Denver Broncos, suffered from Stage II CTE prior to his death. According to Ken Bolson of the New York Times, Thomas’ “rapid decline” was characterized by memory loss, erratic behavior and increased isolation, among other dementia symptoms. His condition was worsened by frequent seizures brought on by a severe car accident in 2019.

Over the final months of his life, Thomas distanced himself from friends and family, rarely responding to text messages. He also carried a weapon for added protection, owing to his growing sense of paranoia. The four-time Pro Bowler suffered at least two known concussions during his career and perhaps several more that went undiagnosed. Disoriented by a hit from Panthers linebacker Luke Kuechly, Thomas was absent for most of the Broncos’ post-game festivities after winning Super Bowl 50.

Thomas’ death last December came as a shock to the entire NFL community with fans and players alike lamenting the loss of one of the great receivers of his era, compiling 9,763 yards (54th all-time) and 63 touchdowns over 143 appearances for the Broncos, Texans and Jets. Among his career highlights, Thomas scored one of the most dramatic touchdowns in NFL postseason history, beating Pittsburgh on the first play of overtime at the height of “Tebow Mania” in 2012.

On this date 8 years ago:

Tim Tebow threw an 80-yard TD pass to Demaryius Thomas in the AFC wildcard game to shock the Steelers in overtime. pic.twitter.com/tJqwGiDjnH

Thomas briefly spent time with the Patriots during the 2019 preseason before being traded to the Jets.

Thomas was reunited with his mother, who spent much of his childhood in prison, when then-President Barack Obama commuted her sentence in 2015. Katina Smith got to see her son play for the first time the following January.

The Dublin, Georgia native pocketed $74.44 million in career earnings and had planned to build a compound for his family before his sudden passing, dying 16 days shy of what would have been his 34th birthday. 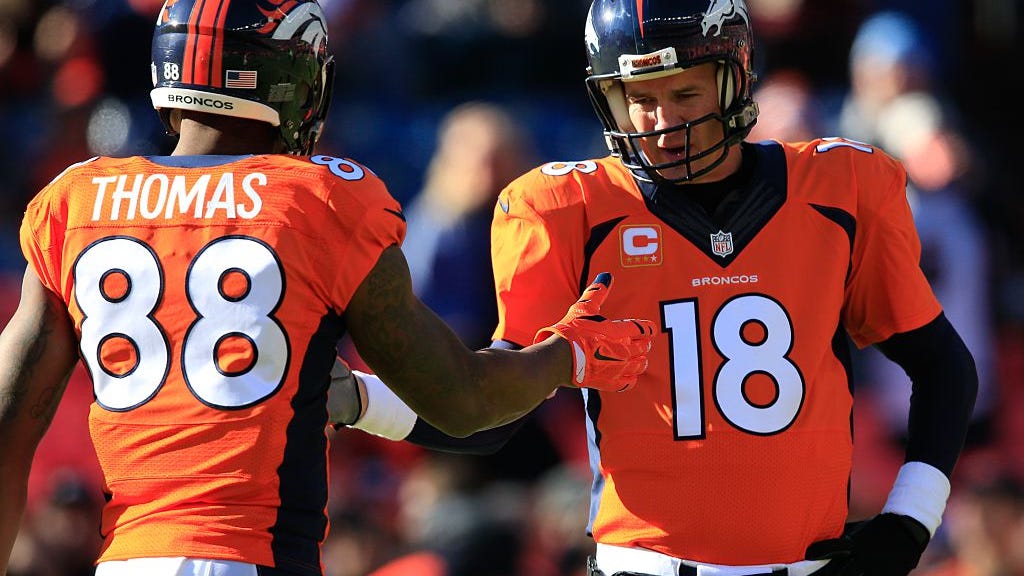 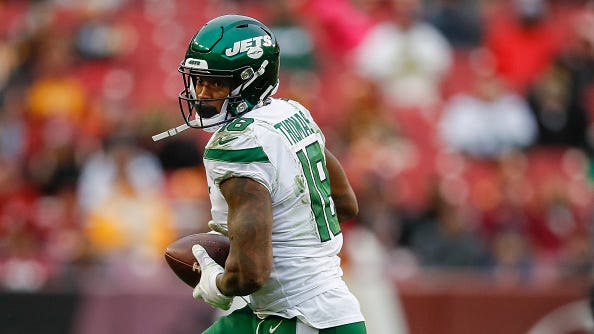