Perhaps Bill Belichick’s preaching of patience isn’t quite the sign of blindness some might assume it is. Not that it will make you feel any better.

“Listening to Bill after the game, my jaw hit the floor hearing him say that,” Breer said during an appearance on NBC Sports Boston. “For him to actually come out and say, ‘Well yeah, it was two plays here [that changed the game], that mirrored what he said after the Raiders game — which is, 'Well, we practiced really well against them.' It’s jarring seeing Bill talk that way. I think it’s the antithesis of who he is as a football coach.”

After years of uncompromising quests for perfection, Belichick is seemingly trying to infuse a sense of positivity in his squad through their trying times, touting the numbers of possessions in Dolphins territory and that the yardage numbers were similar for both teams despite the difference in points and time of possession.

He’s also all but called the first few games of this season an extension of preseason, essentially setting us up for the possibility of frustration to start the season.

"You're hearing Bill make excuses for his team in ways you never [have]. It signals to us that he's not comfortable with this team,” he said. “When he builds them up this much, the alarms go off in our head where we know he’s not real happy with the team.”

"You're hearing Bill make excuses for his team in ways you never [have]. It signals to us that he's not comfortable with this team"@AlbertBreer & @Teddyjradio weigh in on Bill Belichick's postgame comments pic.twitter.com/qzsw5i2lYv

It’s hard to think Belichick truly is enthused about how his team has played for the past month or so.

For each positive play from the offense, there have been about five negative ones. He’s getting questions every week about how his coaching staff and scheme decisions could hurt his young quarterback. And his response to those questions has generally been to invite blame onto his own shoulders.

Eventually, Belichick would probably like for this team to pay back his patience with some wins, and perhaps they will. But the fact that he’s been so dogged in his desire to keep their confidence afloat this early in the season suggests he doesn’t think those wins are coming for a while. 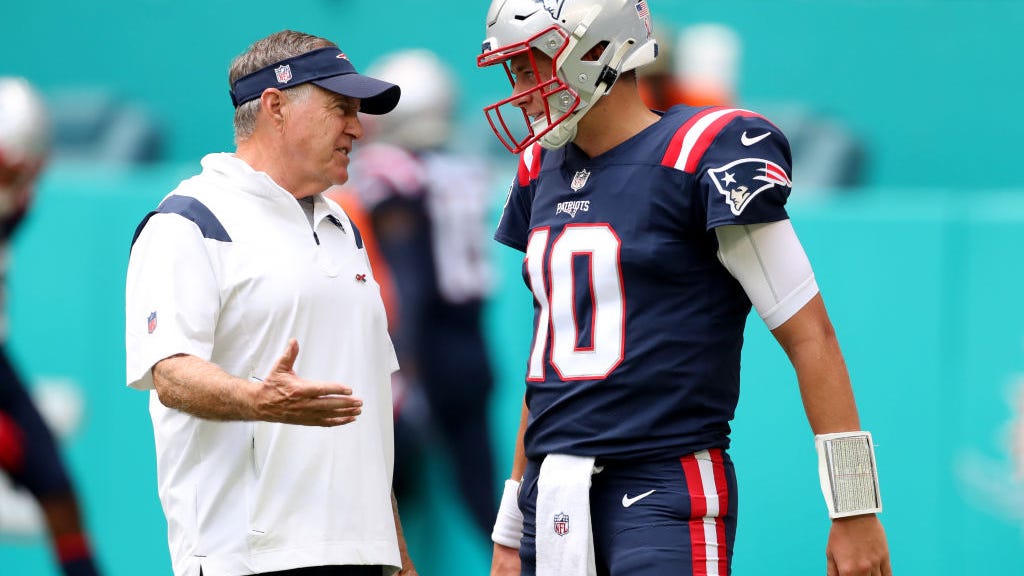