At the reveal of the NFL 100 All-Time Team, put together in 2019 to honor the league's 100th birthday, longtime coach Bill Belichick spoke highly of Hall of Famer Lawrence Taylor.

"Well, I think I had the honor of coaching the greatest defensive football player in the history of the game, and he helped make me a great coach, I'll tell you," Belichick said on NFL Network.

For someone who has coached six Super Bowl-winning teams and taken home three Coach of the Year awards over a career spanning more than three decades, that's pretty high praise. The single greatest defensive football player of all time. Wow.

Parcells, Belichick, LT, short shorts. This is pretty much the greatest football pic ever taken. pic.twitter.com/S7vg5M4

Taylor, on the other hand, obviously knows and respects Belichick as one of the greatest coaches of all time. But their relationship didn't start out that way; on the contrary, Taylor was livid when Belichick became the defensive coordinator in New York.

"I cursed [Bill] Parcells out when he hired Belichick as the defensive coordinator," Taylor explained on "The Boardroom: Out of Office," available on RADIO.COM. "I come into the league, and I meet Bill Belichick. He's an assistant special teams coach... now what the hell, that's like a towel boy. What the hell is that? Assistant special teams coach.

"And then the next year he's special teams coach, and then, the third year, Parcells becomes the head coach and he makes... Belichick the defensive coordinator. And I went apesh--. I went up to him and I said, 'Ain't no way! Ain't no way!' "

It was then, however, that Parcells informed LT that most of the defense the Giants were running at that point was designed by — who else — Belichick.

"I said, 'what?!' " Taylor recalled. "I mean, even Cover 2... all those belong to him? And he got a little respect from me that day, and I tell you what, he has turned out to be one of the best coaches in history."

That's right... one of the best. Taylor wouldn't go so far as to return Belichick's compliment of him being the best defensive player, which he explained was also because of Parcells' greatness. 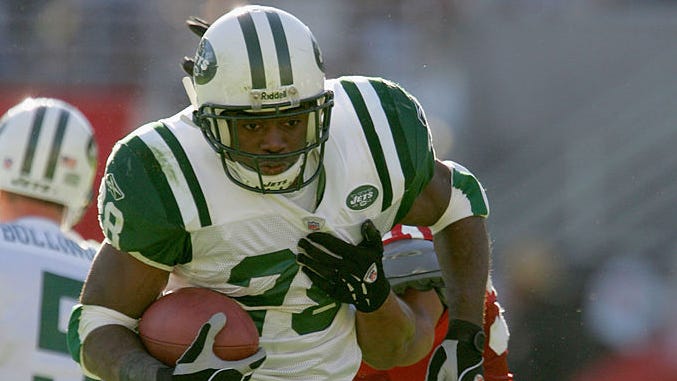 Curtis Martin: Bill Parcells was the 'first positive male role model' I had in my whole life

This isn't the first time that Taylor discussed his former defensive coordinator, calling him a "total pain in the ass" and referencing the fact that he asked Parcells if he was "f-----ng crazy" after he hired Belichick in his autobiography. But for a total pain in the ass who didn't get Taylor's initial stamp of approval, he turned out alright, didn't he?