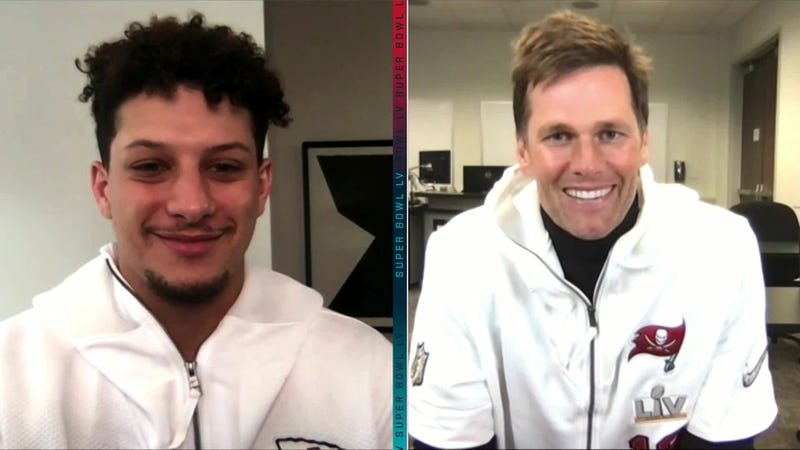 On Monday morning, the people behind Madden '22 chose chaos. The official Twitter account of the popular video game released a trailer for this year's cover athlete reveal, and reader, it's a doozy:

First of all, what a weird video. Just deeply weird across the board. The two-goat system, however, has Twitter deeply curious whether one of the cover athletes might, in fact, be Pat Mahomes:

Confirmed that both Tom Brady and Patrick Mahomes filmed content for @EAMaddenNFL back in April in Carrollwood Day School in Florida. Appears to be the answer for the two 🐐🐐 for the Madden 22 cover.

Tom Brady and Patrick Mahomes will both be on the cover of Madden 22. 🐐

Official release is Thursday at 10am eastern. pic.twitter.com/EXOwlhb3JZ

Most likely Brady and Mahomes on the Madden cover instead of Henry.@JMartandRamon https://t.co/2OOagX5x15

Tom Brady going to be the first with two Madden covers? Is he going to share the cover with Mahomes. (Also would be his second time). It could be the first time since 2010 there would be two cover athletes. More questions than answers. Exactly what @EAMaddenNFL was going for https://t.co/RY5uRNGjfr

Though I wish, there were rumors over the last couple weeks that Tom Brady and Patrick Mahomes will be featured on the Madden 22 cover. This pretty much confirms it https://t.co/LwsG9pgvLM

So even though we don't know who the two athletes are yet, we definitely know who the two athletes are. In theory, Brady and Gronk make some sense, but the evidence seems pretty overwhelming at this point. Soon Chiefs fans will be able to buy the latest version of a beloved video game *while* constantly being reminded about their Super Bowl 55 loss. How fun! It'd be Mahomes' second Madden cover in three years, with his first coming in 2020.