The Boston Red Sox were in a weird position at the trade deadline. They sat in the basement of the AL East, but they were also just a few games out of a playoff spot. That resulted in an interesting trade deadline by Chief Baseball Officer Chaim Bloom.

The Red Sox were both buyers and sellers at the deadline. They added Eric Hosmer and Tommy Pham to their lineup while trading away Christian Vazquez and Jake Diekman, all in separate deals. They also elected to keep pending free agents J.D. Martinez and Nathan Eovaldi, while making it known that they weren't trading Xander Bogaerts and Rafael Devers.

Bloom told Audacy’s “Inside the Monster” podcast about his approach to the deadline given the “unsatisfying position” that the Red Sox were in.

“Any time that you’re not going, pushing all the chips in or pulling them all out, there’s going to be some confusion. The fact of the matter is we were in kind of a weird spot,” Bloom said (5:44 in player above). “I think your plan has to be dictated by where you are on some level. Where you see your team, both the talent level of the team and also the fact of where you are in the standings and where you are in the season. And then on top of that, obviously, every trade needs at least one other team to be able to do it. It’s fun to make up trades and say you would or wouldn’t do them but they have to actually be there for you.

“So of course, on some level, especially when you get down to the last 48 hours, that dictates what you do, too. But the plan you go into it really has to be taking into account first and foremost where your team, your organization is, and then where you are in the standings.”

The Red Sox were in the basement of the AL East at the trade deadline, but they were only just a few games out of a playoff spot with a few teams ahead of them. It’s certainly not an ideal situation, especially for a franchise like the Red Sox, but Bloom wanted to make the best of it.

“In that situation, honestly, most teams probably just sell everything in that situation regardless of whether the returns are good or not. Sell what you can, get what you can back, save whatever money you can, and just move on. But we also looked at ourselves, the talent level on the team, albeit some of it on the IL right now, but anticipating most of those guys back, and what our odds are and we said we’re not some crazy longshot, right, we have a real chance.”

The Red Sox struggled in July which put them in a worse position at the deadline than they were earlier in the season, but they weren’t necessarily out of it.

“It is a worse chance, but it was a real chance. And to me, especially with the talented group and the core that we have, you shouldn’t throw away that chance for nothing. It should be meaningful if you’re going to do that. And I believe that’s especially true here in Boston. I do think that matters. But I think it’s kinda true anywhere, like you shouldn’t throw away that chance if it’s a real chance.”

Bloom and his team looked at the trade deadline from all angles to determine what was best for the Red Sox.

“So we basically said we gotta do two things. Where we are in the standings, it’s not ideal, we have to listen, especially on our guys that are going to be free agents. We’re just being frankly irresponsible if we don’t and if we get the right offer for one or more of them we have to be prepared to do it or we are going to regret that as an organization.

“But at the same time, we liked our chances enough that we still wanted to support the team where we could if we could find ways that make sense to do it and try to come out of it saying you know what, we didn’t walk by an opportunity that really made sense for the organization but we also came out of it with a team that has at least as good a chance – even if it looks different – at least as good of a chance to get to the postseason and maybe better. Now I understand that’s unsatisfying. The fact of the matter is we were in an unsatisfying position. To pretend that we weren’t in that position, either way, just wouldn’t have been right.” 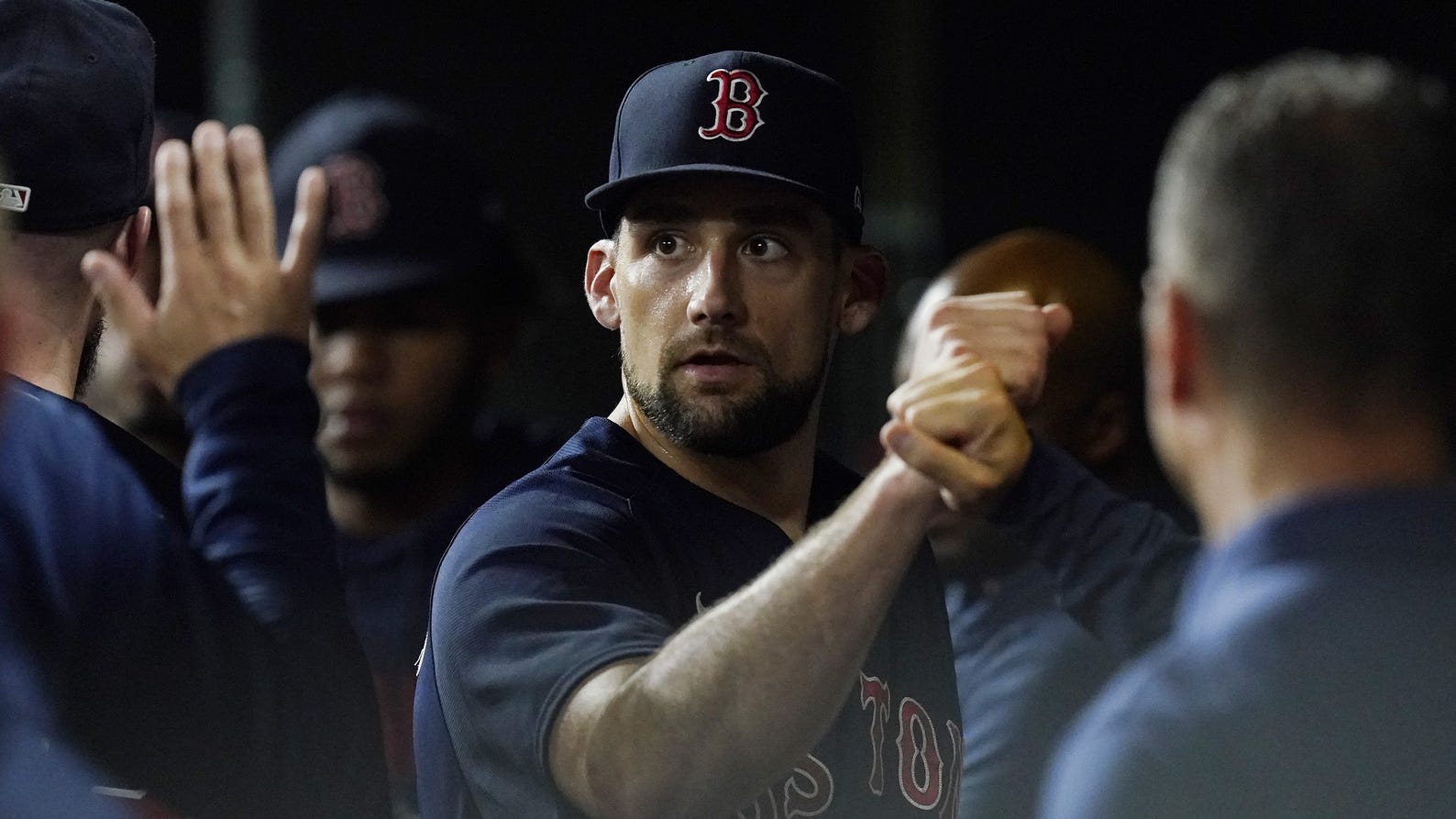 Source: Red Sox were asking for 'the moon' for Nathan Eovaldi