Chris Sale had to pass the time somehow. Before returning to the Red Sox’s rotation earlier this month, the All-Star left-hander hadn’t made an MLB start in over two years. Sale reflected on his time away from baseball during Tuesday’s interview with OMF as part of the WEEI/NESN Jimmy Fund Radio-Telethon, expressing how grateful he is to be back on a big-league mound, while also sharing an interesting revelation about how he kept busy during his recovery from Tommy John surgery.

“I taught myself how to throw right-handed,” said Sale, perhaps drawing inspiration from the famous “dart scene” in Season 1 of Ted Lasso. “My oldest son was right in the middle of baseball season and I can’t not throw. So I can actually get back to about 90 feet with it.”

While we probably won’t see Sale go the route of Pat Venditte—MLB’s first ambidextrous pitcher in over a century—the 32-year-old isn’t afraid to cut loose against his son.

“We play with the old school whiffle balls with the holes on half of it,” said Sale, who has pitched to a 1.80 ERA in two starts since joining the club in mid-August. “I got a nasty right hand.”

Sale seems like the kind of maniac who would torment his 10-year-old in backyard whiffle ball, but that’s precisely the energy Boston needs right now with Tampa Bay running away with the division and the surging Yankees not giving an inch in the AL Wild Card race. The 6’6” southpaw will be back in the saddle for Thursday night’s series finale against the Twins. 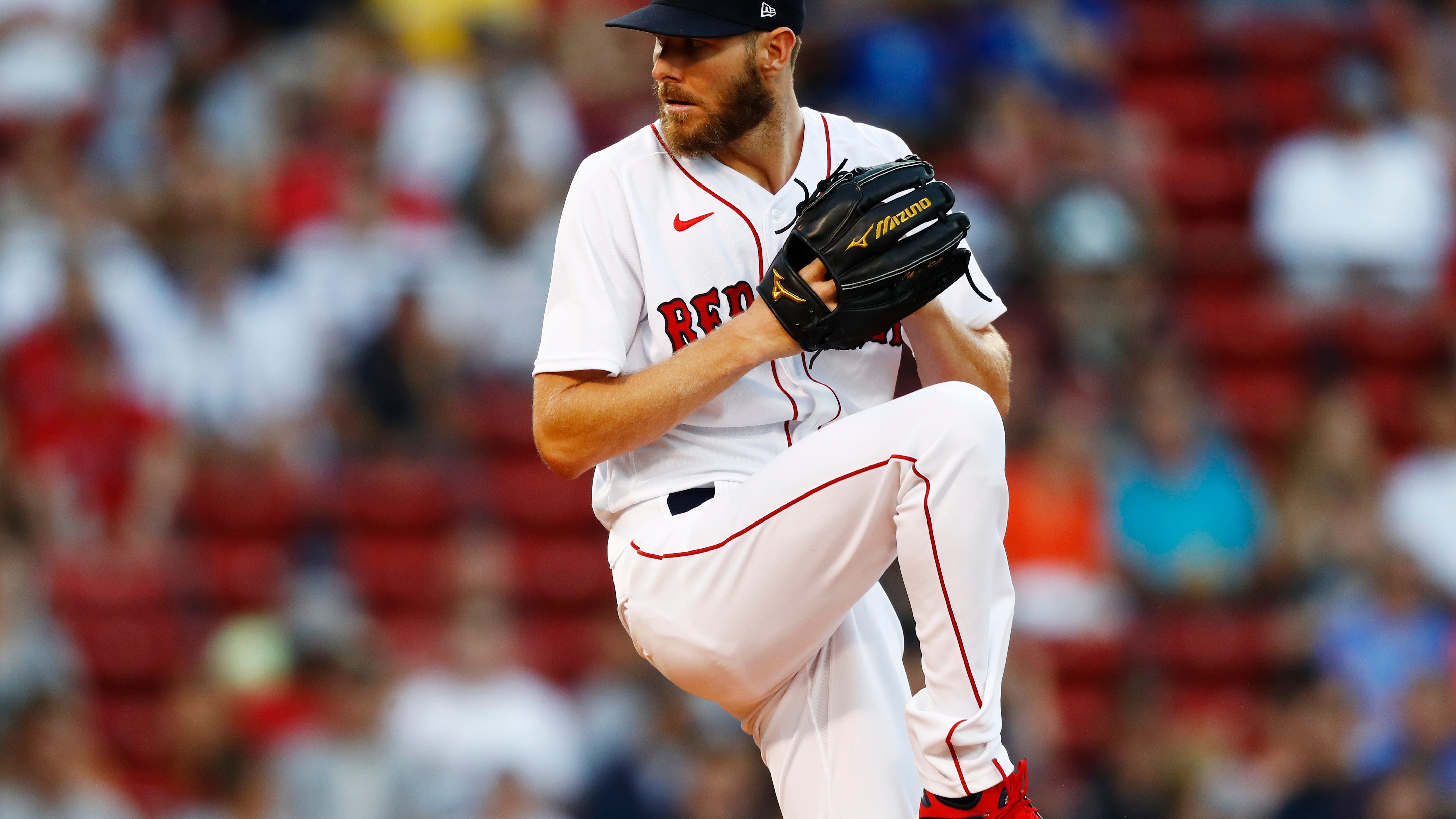