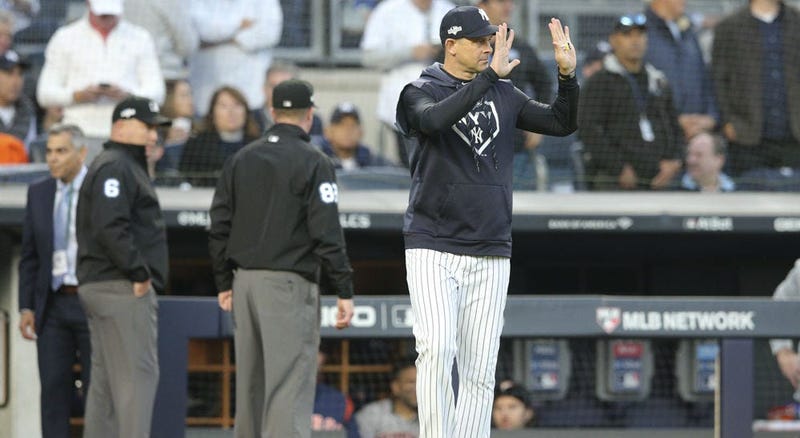 Aaron Boone and the Yankees have lost a few in a road, but there is not too much concern. They enter a series in Los Angeles against the Dodgers in a highly anticipated series between two of the best teams in baseball.

"It's going to come obviously with a lot of buzz. I think our guys do rise a little bit to that, feed off of that. Going to LA, going to Dodgers Stadium it's Player's Weekend, I'm sure it's going to be a pretty good buzz in LA. We're looking forward to that," Boone told WFAN's Mike Francesa in his weekly spot.

Boone does believe that the umpires may be keeping an eye on their dugout after everything that has happened with Brett Gardner banging his bat and the past confrontations with umpires in the past month.

Luis Severino is on his way back in the coming weeks as is Dellin Betances. The Yankees may have all pieces in place for a potential title run.

"We have enough to be the best team in the world," Boone said. "It's a difficult road to get there. But especially if we get a couple significant pieces to our rotation and bullpen. We may have to do it in a unique way. We'll go into a postseason series with a pitching staff able on a nightly basis able to get 27 outs in a game.

You can hear the entire interview with the Yankees manager in the audio player above.