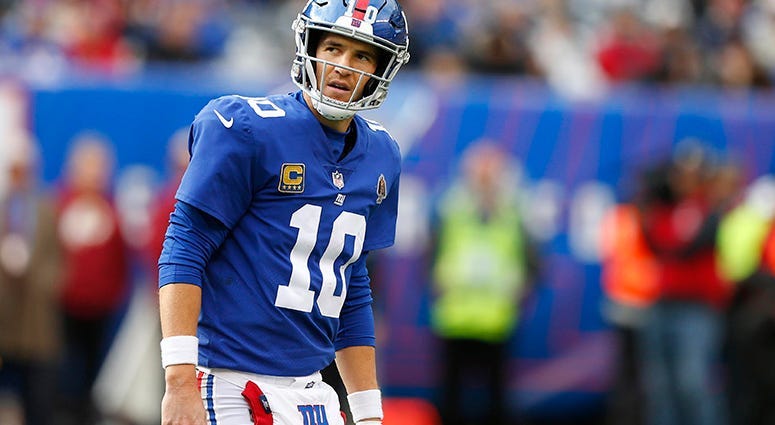 Pat Shurmur was asked Monday about the quarterback position and whether Eli Manning would be the starting QB after the Giants bye week. His answer was "we'll see." He also said "Eli's our QB." As the Giants sit at 1-7 going into a bye, this could end up being the time the Giants franchise QB gets benched.

A dejected Eli Manning joined WFAN's Mike Francesa Monday in a weekly spot following the 20-13 loss Sunday to the Redskins. Manning hasn't heard anything about potentially getting benched or traded.

"A trade has not been brought up to me and has not talked about in any way," Manning said Monday.

Has Shurmur discussed benching him?

Francesa asked Manning about whether it has crossed his mind that his time with the Giants may come to an end.

"You try not to think about it," Manning said on WFAN. "You understand and see the big picture. Hey, you understand when you get to year 15 and you're not winning games, you don't know how many more opportunities you have. You want to make the most of what you have. It makes it tough when you're not winning games and not scoring points and not doing everything we want to do. But it doesn't change the effort and the dedication, I know that. I'm going to do everything possible for the offense, for the team, for the coaches, for the fans, to go out there and change this season and get some wins."

You can hear the entire interview above.