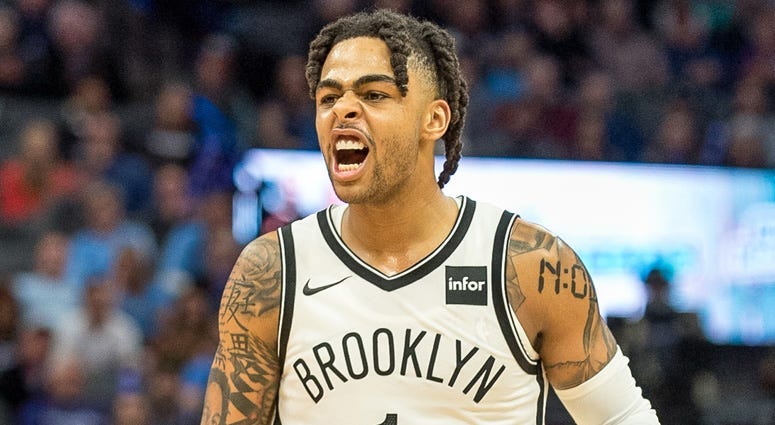 After the Nets rallied from down 28 points in the second half to beat the Sacramento Kings on Tuesday night, WFAN's Evan Roberts recorded an instant-reaction episode of his podcast, saying it "could go down as the greatest regular season win this freakin' franchise has ever had."

"I watched the utter brilliance of D'Angelo Russell over and over again," Roberts added after witnessing the Nets guard score a career-high 44 points, including 27 in the fourth quarter.

"Never for a freakin' second did I think they were going to pull this crap off."

To listen to the podcast, click on the episode above.