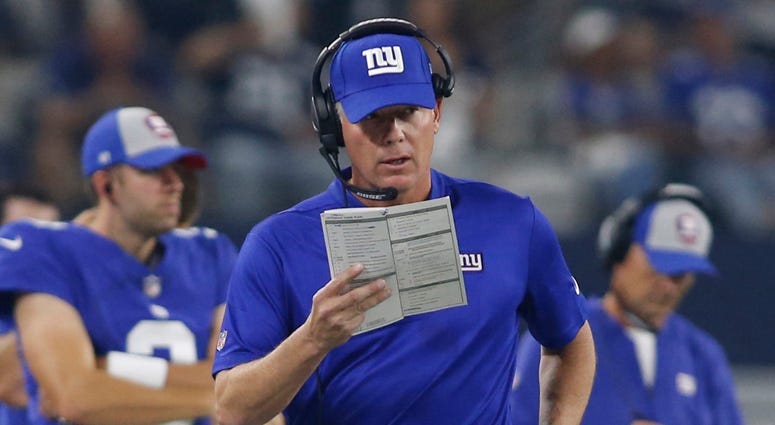 Pat Shurmur joined Mike's On during Tuesday evening to discuss the struggles of the 1-5 Giants. The Giants lost 34-13 to the rival Eagles last Thursday.

"I wish he would create the headlines by his play on the field as opposed to what he says and what he does off the field," Mara said on Tuesday. "I think he needs to do a little more playing and a little less talking."

Shurmur was asked for his thoughts on Mara’s comments.

Francesa asked about Beckham’s decision to leave the field before halftime.

“The first time, obviously, he has a problem where he needs to get some fluids at halftime,” Shurmur said. “This time here, there was just a little miscommunication in terms of him leaving.”

Shurmur stated that Beckham received permission to leave the field.

“He got permission – but not in a way that was typical of what you need to do,” Shurmur said. “That’s more of a protocol thing. (It’s) definitely been addressed.”

Mara On Beckham: 'He Needs To Do A Little More Playing And A Little Less Talking'

“I think so,” Shurmur said. “I do think we’re making progress there. With regard to the other night, the score got away from us. We moved the ball into the red zone. We kicked three field goals and we missed the fourth in situations where we need to score. Later in the game, we missed on a fourth down end zone fade ball. So, we’re doing a better job of moving the ball. We had some more explosive plays. Now, when we get close – we’ve got to score. You can’t play a very good team and trade field goals for touchdowns.”

A hot topic has been the play of quarterback Eli Manning. Former players and coaches have debated Manning’s decisions and thought process.

“I think there were a handful of plays that Eli would probably want back,” Shurmur said. “I’ve just got to make sure that we keep giving him the stuff that he’s comfortable with. Nobody played well enough to win the other night and it was obvious. We got beat by a good team and we didn’t do enough to win. But I think the mistakes that are showing up are no different for the quarterback, then they are for the running back and the offensive line – or anybody on defense.”

Listen to the entire interview with Shurmur below: