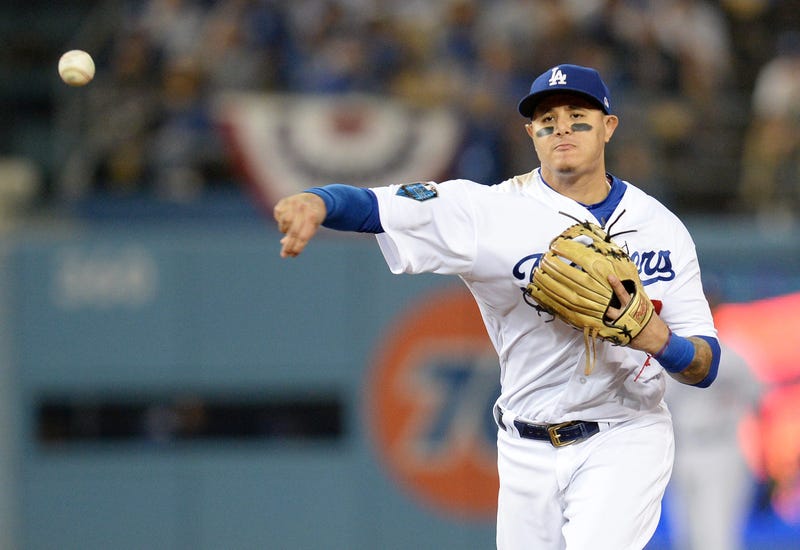 Yankees general manager Brian Cashman admitted Wednesday that he's doing his homework on free agent shortstop Manny Machado. But don't read too much into that.

"We're going to go through that process with him as well as every available free agent and potential trade partner ... to see what's the best course of action," Cashman told WFAN's "Boomer and Gio."

With Didi Gregorius out until anywhere from June to August after undergoing Tommy John surgery, the Yankees do have a need at shortstop. Machado is a four-time All-Star who hit .297 with 37 home runs and 107 RBIs last season for the Orioles and Dodgers.

"We had a chance to see him on the front line against us for the Orioles for way too long, since he was drafted in the first round by them," Cashman said. "And he's been banging away against us both offensively and securing outs defensively. He's a tremendous players. And yes, we've got to assess obviously, does he fit our world and at what cost?"

The Machado discussion continued on Wednesday after Hal Steinbrenner made some comments at the owners' meetings, but Cashman knows his pitching rotation is perhaps the team's biggest area of concern.

"I've got to get two starters in here, preferably elite, which those lists are smaller," the Yankees GM said. "But the better quality -- No. 1-, 2- or 3-type starter -- that's what we need. So I need multiples of those."

Starting pitchers Luis Severino, Masahiro Tanaka, CC Sabathia and Jordan Montgomery, who is coming back from a Tommy John surgery of his own, are all set to return next season. Among the pitchers the Yankees have reportedly inquired about trading for are Cleveland's Corey Kluber and Carlos Carrasco and Seattle's James Paxton. Arizona's Patrick Corbin and Houston's Dallas Keuchel are the top free agent pitchers available.

Cashman also said he must shore up the bullpen, either bringing back free agents David Robertson and Zach Britton or replacing them.

The Yankees general manager added that he has not been told by ownership that he cannot exceed the luxury tax in the upcoming season, but Hal Steinbrenner has indicated he'd prefer to avoid paying it. Cashman didn't rule out that the Yankees could decide to surpass that threshold at some point.

Cashman said a number of teams have inquired about catcher Gary Sanchez's availability. He batted just .186 with 17 home runs this season, but Cashman said analytics show that Sanchez was actually hitting the ball about as well as he had in years past but was the victim of "a lot of unluckiness."

"I think we're lucky to have him," the GM said. "I've had multiple teams call me trying to see if they can extract him from us because they recognize the behind-the-scenes numbers, too, that this kid is much better than the numbers showed this year.

"On the defensive side, we're going to continue to work at it. I think he's a great game caller. He's our best game caller on the staff."