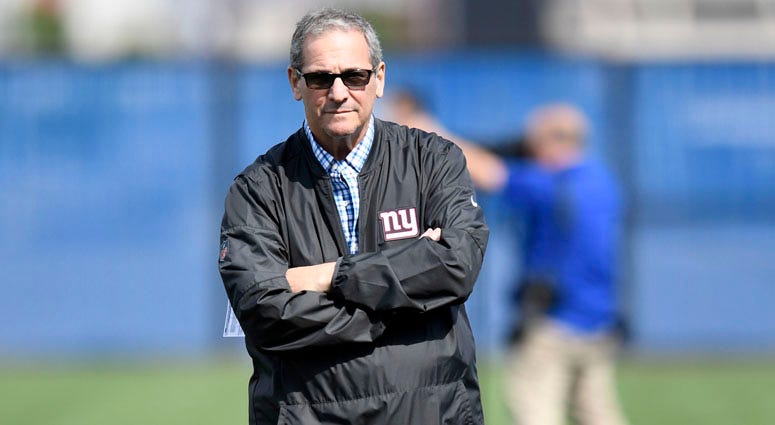 Last week, Giants general manager Dave Gettleman said the only offers he was receiving for the No. 2 pick in the draft were for "a bag of donuts, a hot pretzel and a hot dog."

But speaking to WFAN's "The Afternoon Drive With Carlin, Maggie & Bart" on Monday, Gettleman revealed he did receive "one very reasonable offer."

The GM, however, would not share any details about the offer.

But Gettleman and the Giants had already set their sights on Penn State running back Saquon Barkley.

Gettleman explained his rationale for not seriously considering the trade.

"Are you going to be upset if you trade back and don't get the guy you really like, that you feel can really help your football team?" he said. "Those are things you've got to think about when you start trading back."

Last month, it appeared the Giants and Odell Beckham Jr. might be headed for a divorce. But on Monday, Gettleman said the star wide receiver's relationship with the organization is good right now.

"Sure. Why shouldn't it be?" Gettleman said.

Beckham has attended some of the Giants' voluntary offseason program as well as last week's minicamp.

As usual, Gettleman refused to discuss Beckham's contract situation. The three-time Pro Bowler is entering the final year of his rookie deal and is reportedly looking for a long-term contract that would make him the NFL's highest-paid wide receiver.

To listen to the interview, in which Gettleman discusses the Giants' draft picks and more, click on the audio player above.