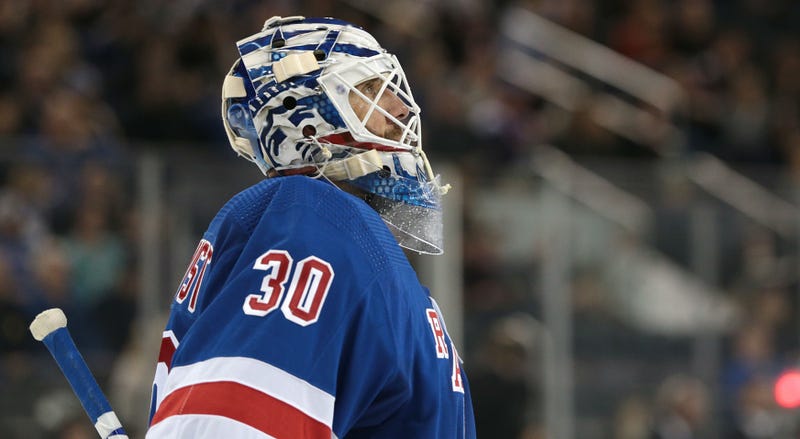 The New York Rangers are in a strange predicament merely a couple of weeks into the season.

Entering Oct. 16, the Rangers sit near the bottom of the Metropolitan Division with two wins. They're not to blame, though. The Rangers have only played three games since they opened their season 14 days ago against the Winnipeg Jets.

Rangers goaltender Henrik Lundqvist's layoff is different than most of his teammates. The Swede appeared in two of the team's first three games, stopping 66 of 73 total shots faced. Lundqvist says the layoff wouldn't be beneficial for any team.

"You're trying the best you can to stay sharp in practice and keep that intensity high and the focus," Lundqvist told reporters on Tuesday. "But you definitely need to get out and play now and get into that rhythm. All of us. There's only so many things you can talk about and work on in practice. You need to play games to get that feeling in the room — the pressure, focus that you get from playing games.

The Rangers started the 2019-20 campaign with two games in three nights, including a road trip to Ottawa. Lundqvist and the rest of the Rangers experienced what will be the longest break between two games this season following their 4-1 win against Ottawa.

An entire week passed before New York played its third game of the season — a 4-1 loss to the Oilers on Oct. 12. Then came another break in the team's schedule. The Rangers are now forced to wait four days to pass before a back-to-back affair with the Devils and Capitals beginning on Thursday.

"Very strange two weeks for us," Lundqvist said. "You start camp and you're so excited to get going then this happens. I don't know who created this schedule. It must've been an early Monday after a tough week, but it is what it is. We’re just looking forward to get back to playing."

No other team in the league played fewer games than the Blueshirts at this point in the season.

The Chicago Blackhawks and Philadelphia Flyers, who played in the Czech Republic earlier this season and was required a lay off for travel accommodations, have each played four games. Meanwhile, most of their division nearly doubled the amount of games the Rangers played.

First-place Carolina already has 12 points through seven games. Only the Flyers have played the lowest amount of games through two weeks (4).