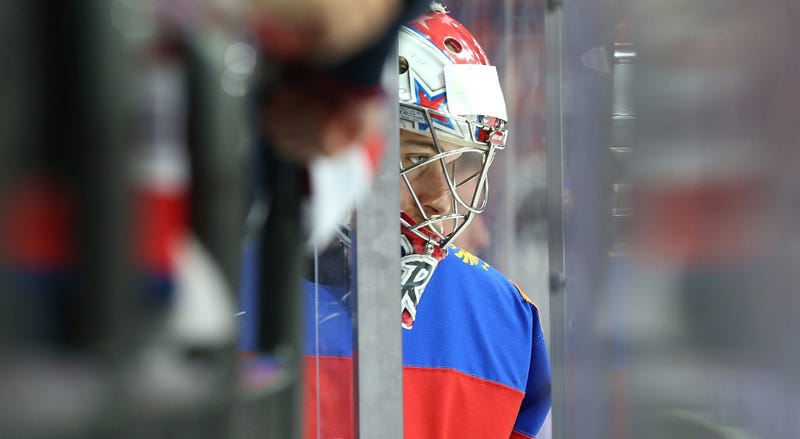 The New York Islanders officially announced on Tuesday that they have signed goaltender Ilya Sorokin to a one-year futures contract for the 2020-21 season.

Sorokin was the Islanders’ third-round pick in 2014 but has spent his entire professional career in Russia’s Kontinental Hockey League, amassing a 134-66-22 record and 1.70 GAA in 244 games and earning five-All Star nods.

The Islanders did not disclose terms of the deal, but according to the New York Post, it is a standard one-year entry-level deal worth $925,000, and allows Sorokin to join the Islanders for training camp.

Sorokin will not be allowed to play in the NHL’s 24-team playoff tournament, however, due to rules set in place by a recent agreement between the league and the NHLPA.