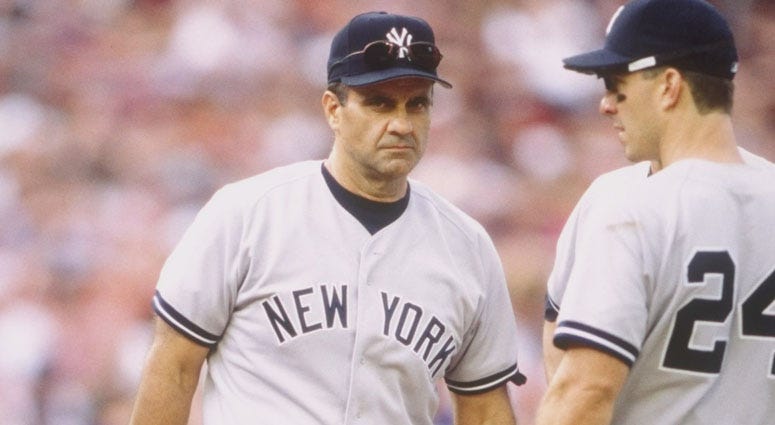 Joe Torre says it's hard to believe it's been 20 years since he managed arguably the greatest team in baseball history.

"It's like being on a subway platform, and the trains go by. And of course, the older you get, you realize you quickly things go by, and it's like a snap of the fingers," the former Yankees skipper told WFAN's Evan Roberts on Thursday.

Roberts was broadcasting live from Torre's Safe at Home Foundation Charity Golf & Tennis Classic at Sleepy Hollow Country Club in Westchester County. Torre did the interview by phone, unable to attend because he was sick.

MORE: Yankees In Good Position For Happ, But There's Still Work To Be Done On Deal<