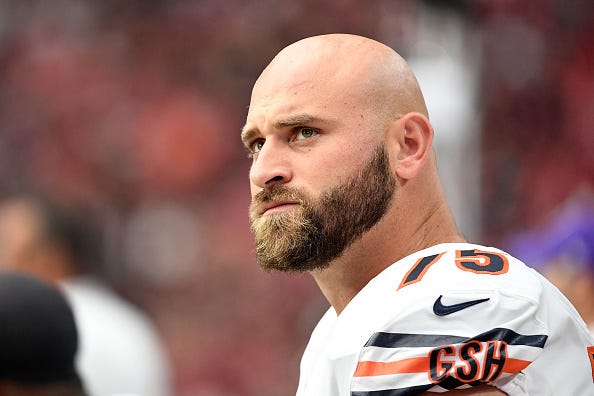 Kyle Lauletta, the rookie quarterback many Giants fans have been clamoring for to replace Eli Manning, was arrested Tuesday morning in Weehawken, New Jersey.

Lauletta is accused of failing to obey a police officer's directions while driving to the Giants' practice facility and coming close to striking the officer with his vehicle.

Police said the incident happened around 8 a.m. near the Pleasant Avenue approach to Route 495. Lauletta was seen driving his 2017 Jaguar in a "dangerous manner in heavy traffic" and was directed by an officer to continue in his marked lane, but Lauletta made an illegal turn anyway toward Route 495 and almost hit the cop, police said.

Lauletta was then stopped by another officer and ignored orders to show his driver's license and exit the vehicle, according to police.

The quarterback is charged with eluding police, obstructing administration of law and resisting arrest. He also has been cited with reckless driving, disregarding an officer's direction, making an improper turn in a marked traffic lane and failing to remain in a marked lane.

Police added that Lauletta's Jaguar was involved in a similar incident Monday and summonses were issued by mail.

Talking to WFAN's Mike Francesa on Tuesday afternoon, Giants coach Pat Shurmur said Lauletta could face disciplinary action, although he indicated it could be handled internally.

"We're trying to get to the bottom of it and learn some more of the details of what happened," Shurmur said. "And obviously, it's disturbing when this kind of stuff happens."

The Giants drafted Lauletta, 23, in the fourth round this year out of Richmond. He has yet to take a regular-season snap.