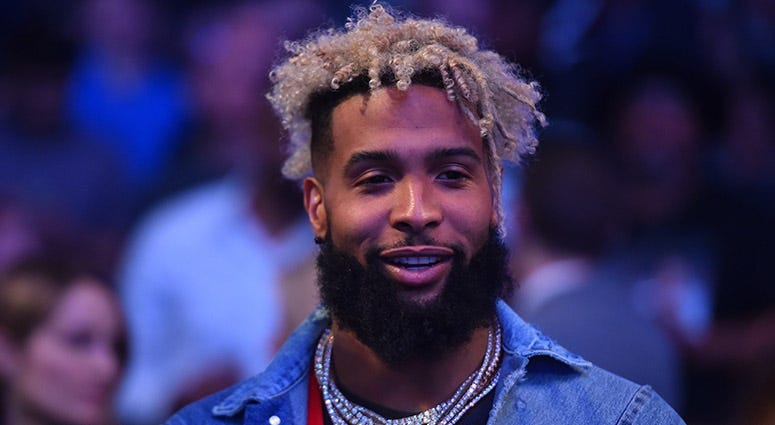 VOTE: Which 2019 Free Agents Should Giants Keep Or Dump?

"These sensitive and much-abused animals belong with their families in nature, not pimped out as props by shameless roadside zoos," PETA's statement reads. "We're sure that Odell Beckham Jr. had no idea that the sleazy safari park where this young chimpanzee is kept has a lengthy record of violating federal law and uses great apes and big-cat cubs in cheap publicity stunts like this. These encounters are incredibly dangerous, and PETA urges everyone -- including Beckham, who certainly doesn't want another injury -- to steer clear of cruel facilities that exploit animals."

Doc Antle, director of Myrtle Beach Safari, which provided the animals in the video, told WFAN.com that while the facility has been investigated, it has never been cited for any federal violations. He added that the animals are well cared for and live among groups of their same species.

"This is not a backyard zoo," Antle said. "This is a really magnificent, wonderful place."

Antle said that Myrtle Beach Safari donates millions of dollars to great ape conservation and that when celebrities like Beckham visit the facility, it helps raise awareness about the problems facing animals in the wild.